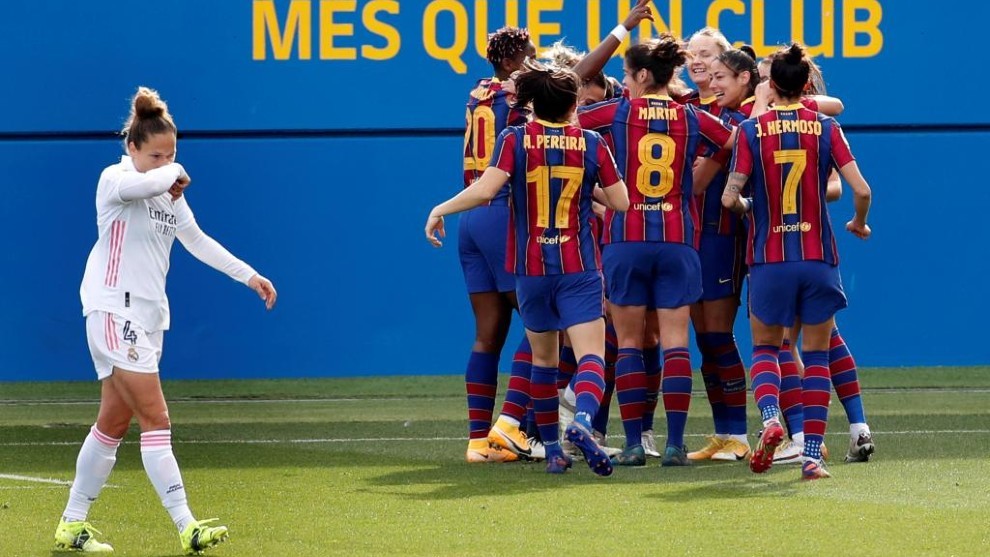 Super Cup setback aside, Barcelona have been pretty much note-perfect all season yet due to their fixture backlog, they went into Sunday’s clash with Real Madrid in a situation where defeat would see them knocked off top spot.

This second “Clásico” of the season was largely missing the hype that surrounded the two sides’ meeting back in October, but in many ways, this was a more important game mainly a chance for Madrid to show how far they’d come and underline their status as Barcelona’s biggest challengers this season. 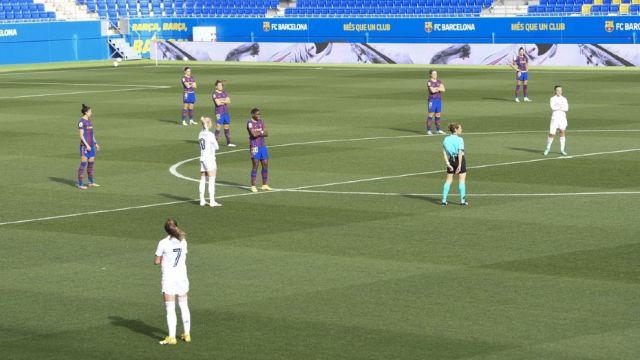 But as they so often do, Barça buried their opponents under an avalanche of first half goals. Any worries that they would be ring-rusty after another week of inactivity were shaken off by Alexia Putellas’ opener, a powerful strike that Misa couldn’t keep out even though she got a firm hand to it.

Barça were relentless after going in front and Jenni Hermoso capitalised on a poor punch by Misa to make it 2-0 before two goals from Aissat Oshoala either side of half time, the second a slightly fortuitous one as an attempted clearance struck her and rebounded into the net, made the result safe. 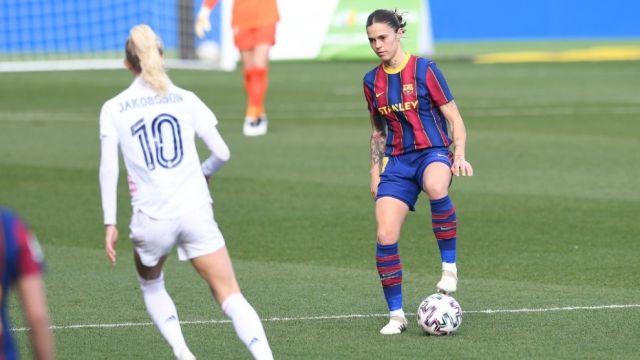 Both teams ended up finishing with only ten players on the pitch, first Misa was sent off for handling outside the area and then Barça’s Mapi Leon earned a second booking by bringing down Sofia Jakobsson for a penalty, converted for a consolation goal by Olga Carmona.

The number of games in hand that Barça has given the top of the table an illusion of closeness, but the results between Barça and their closest challengers show a very different story.

Levante on a charge

After a slightly sluggish start, Levante are now finally in their groove and racked up their sixth win in succession away to Deportivo Abanca in Sunday’s late game. This followed up their highly impressive 3-0 demolition of Atlético on Thursday night, some revenge for the Super Cup Final defeat at least,

This good form continued into the first half in A Coruña as goals from Esther and Alba Redondo saw them race into a 2-0 lead.

It’s already looking grim for Depor, this was their fourth defeat in succession since their mini-revival in December but they gave it a real go in this game, pulling one back through Gaby and putting Levante under serious pressure before Esther popped up with her second of the game to clinch the points.

Next up, they face Barcelona in a postponed game from the first half of the season, in what will be the stiffest test both sides have faced of late.

Sitting level on points with their two much bigger, well-resourced neighbours, Madrid CFF have been busy themselves during the January transfer window. 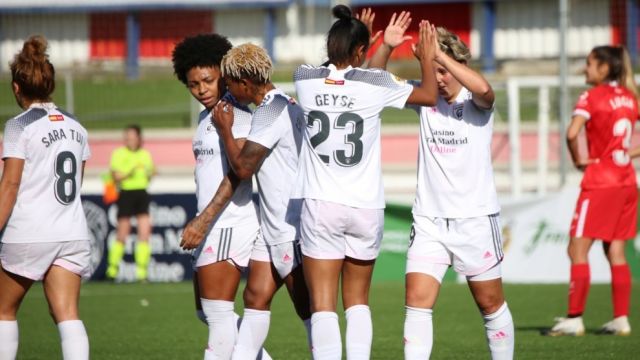 Osinachi Ohale, Chukwudi Ogonna, Lais Araujo and Lucía Leon have all arrived to add more depth to a squad which has exceeded all expectations so far this campaign, notably scoring a historic first ever win over Atlético at the start of December.

Sunday saw them come from behind to secure a league double over Rayo Vallecano – an own goal from Rayo forward Sladjana Bulatovic proving decisive after Mönica Hickman had cancelled out Pilar García’s opener.

Their success comes from a solid base – only Barcelona have conceded fewer goals than them so far this season and with their league position having already secured a place in the last eight of the Copa de la Reina, surely no one will relish taking them on in the knockout competition.

“Enough is enough” say players as they protest Covid-19 protocol

During the weekend’s matches players across Primera Iberdrola paused in protest at what they feel is an inadequate protocol for dealing with the effects of Covid-19 on football.

In contrast to La Liga, where protocol dictates a fixture must be fulfilled if a team has a minimum amount of fit and available players, women’s matches are postponed if there have been any positive tests in the squad. This has led to a severe fixture backlog for several clubs, most notably champions Barcelona who have suffered five postponements this season because of their opponents reporting a positive test. This weekend, three matches were postponed for reasons related to Covid-19.

Arguably the point of no return for the players came last weekend when Real Madrid’s game against EDF Logroño was postponed with the teams ready to come onto the pitch due to confusion over a member of the Logroño travelling party having come into contact with someone who had tested positive.

A statement on behalf of the players was widely circulated across social media on Saturday evening as they called for two things to be implemented: a new protocol which would allow clubs to fulfil fixtures providing they have the minimum number of players required and to give priority to rescheduling fixtures which were postponed in the first half of the season.