Belgian national team doctor: “Hazard is in a vicious cycle”

The Belgian has missed 43 games since joining Madrid from Chelsea in the summer of 2019, featuring in just 35. He was supposed to be a Galactico, one of the men who’d help Madrid return to Europe’s elite post-Cristiano Ronaldo.

“We are awaiting the details to know more, but it’s clear that it’s worrying,” Kristof Sas, the Belgian national team’s doctor, said in comments carried by Marca. “Injuries at this stage of the season aren’t worrisome for the European Championship, it’s even a rest period. But with Eden it’s different.”

“It’s another relapse, a chronic situation that always goes wrong in the end. First the ankle, then the muscle injuries. It’s all very unpleasant. Eden is in a vicious circle and it’s not easy to get out of it. It’s disturbing what happens with his musculature. A footballer should be able to kick, turn and jump, all at high speed. And of course, this is more difficult during rehabilitation. 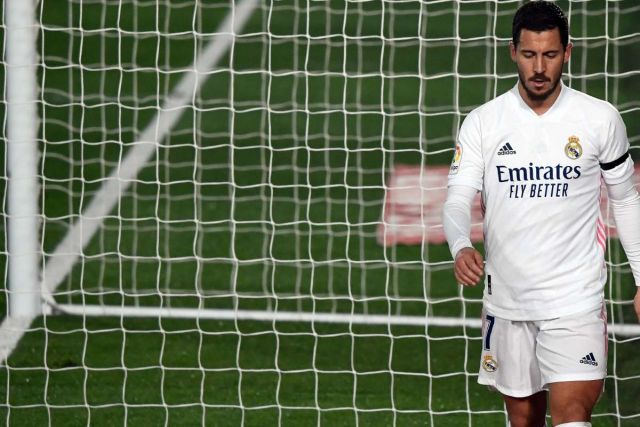 “A fit player has a better chance of staying healthy. We would have preferred Eden to play every game for Madrid, it’s the best way to get to the European Championship in top shape. He needs pace and continuity. The situation isn’t dramatic for us yet, but we must urgently escape this dead end.”

Belgium will play in Group B at the forthcoming European Championship, with Roberto Martinez’s side drawn against Denmark, Finland and Russia. Hazard is a key figure for them.