Samuel Eto’s prophetic prediction about Eden Hazard back in 2014

Samuel Eto’o in 2014: “Ronaldinho was the best player in the world. But at a certain moment, if you don’t train everyday, you will pay for it. You can be Messi, if you don’t train Mr Eden Hazard after 2 years we will forget you. Football moves fast.” (BeIN)pic.twitter.com/dbndFLRlIV

The Belgian has missed 43 games since joining Madrid from Chelsea in the summer of 2019, featuring in just 35. He was supposed to be a Galactico, one of the men who’d help Real Madrid return to Europe’s elite post-Cristiano Ronaldo.

For Samuel Eto’o, the Cameroonian striker best-known for his time with Barcelona, the manner in which Hazard has looked after himself has been the reason for his body breaking down as he enters his late 20s. He back in 2014 compared him to Ronaldinho, who didn’t look after his fitness like he should have and suffered a steep late-career decline. 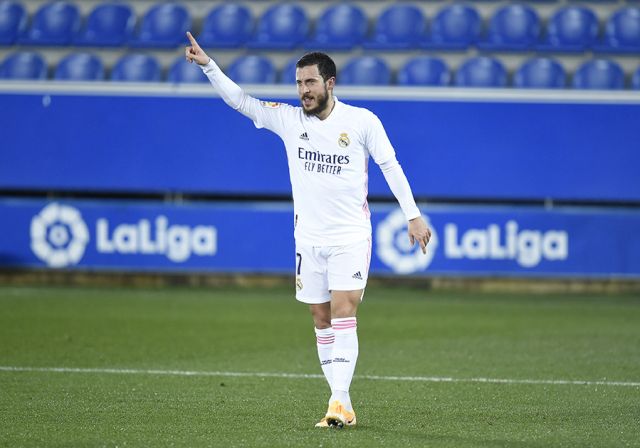