Atletico Madrid star Joao Felix has tested positive for Covid-19 and has now entered a period of self-isolation, the club have confirmed.

The Portuguese forward returned a positive test in the latest round of PCR testing at the club and he will not be allowed to return to the club’s facilities, following the strict health protocol, until positing a negative result.

He must now follow all health guidance both in Spain and La Liga, which stipulates that he must be entirely isolated until he tests negative for the virus.

The 21-year-old has been in fine form this season but has struggled in front of goals in recent weeks – netting just once in his last 11 matches, a run stretching back to 5 December. 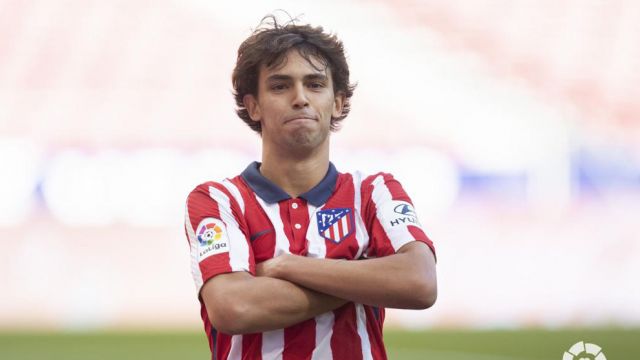 Next up for Diego Simeone’s side is a home game against Celta Vigo on Monday before a visit to Granada the following weekend.

If Joao Felix is absent, Angel Correa is likely to partner Luis Suarez in attack.