Club captain Sergio Ramos is once again at the centre of Real Madrid news as he has sparked controversy over a controversial ‘like’ on social media.

Ramos liked a post from a Real Madrid fan account realmadridcf_4ever which claimed that the club are now convinced the central defender will exit this summer, alongside the claim that it was “heartbreaking” how a club legend had been treated by Los Blancos. 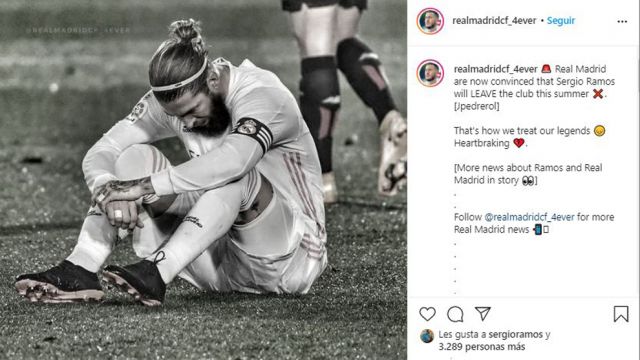 The talismanic central defender out of contract at the club this summer as his deal expires on 30 June, with no update on a potential renewal.

Despite making 18 appearances this campaign, Ramos has had a season disrupted by injuries which has only served to intensify speculation over his future.

Ramos has clocked up 668 first-team appearances for Los Blancos, netting 100 goals in that timeframe and will celebrate his 35th birthday in March.

The player has theoretically been free to talk with other clubs from 1 January as his future hangs in the balance.