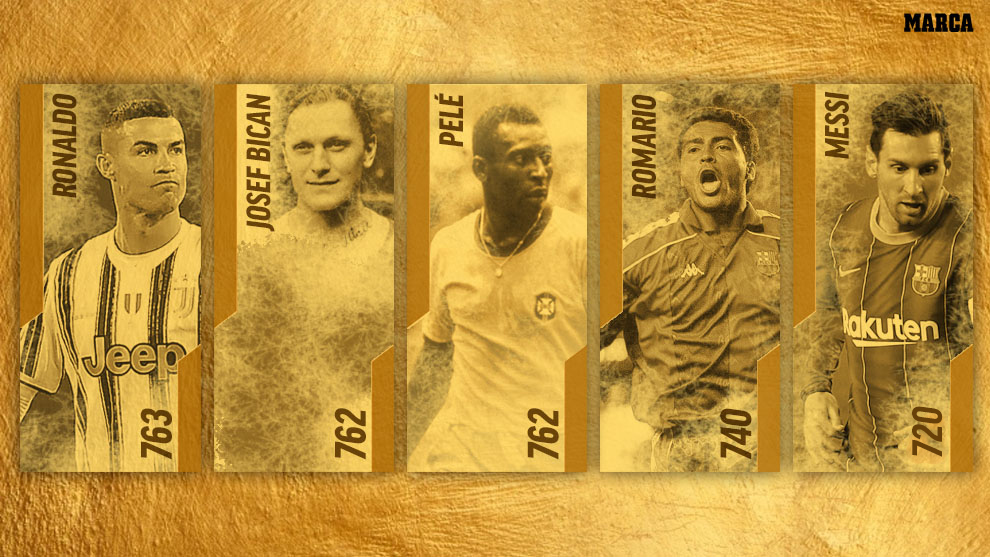 Cristiano Ronaldo has become the top scorer in the history of football according to Marca.

With the brace he scored against Inter in the semi-final of the Coppa Italia his all-time tally is now at 763, a figure that beats the 762 of Josef Bican and Pele.

Bican and Pele’s records have been disputed, but there’s no confusion over the Portuguese’s. Ronaldo scored five goals for Sporting, 118 for Manchester United, 451 for Real Madrid, 87 for Juventus and 102 for Portugal.

Various sources give Bican up to 805 goals, but Marca has only counted goals in the professional or similar category.

They don’t include the 24 he scored with a reserve team or another 19 he scored with various regional teams, but they do credit him with the hat-trick he scored in an amateur game against Germany.

But Ronaldo’s place in the history books is secured according to their records, for now at least. Lionel Messi is on 720 and is currently in fifth place, but he has nearly three years on Ronaldo.