Recent Barcelona news has focused on the club’s alarming financial situation but La Liga boss Javier Tebas has played down the concerns over their situation.

A recent report in El Mundo outlined the club’s alarming financial situation as they are now over €1billion in debt with €730m of that due in the short-term.

However, Tebas was keen to shift the focus onto the fact that the club topped the Deloitte Football Money League for 2021 with Real Madrid the club closest in terms of earnings. 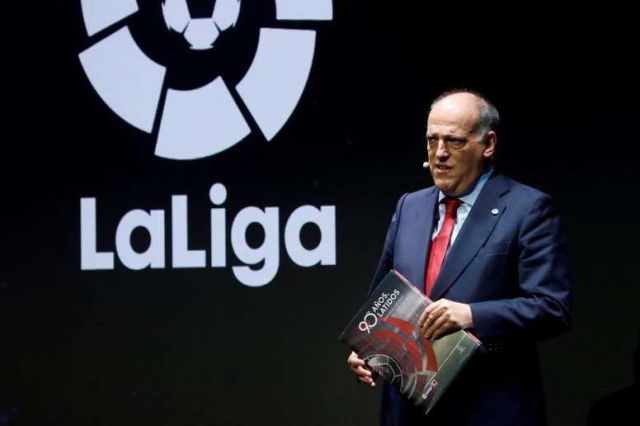 Tebas is cited as saying by Cadena Ser: “There is much talk of Barcelona but Deloitte have said that they are the team with €730m which is the most in the world and when they return to exceed €1,000m in income they will return to a situation, not normal, but one that is not alarming as they say.”

The league chief continued that the situation at Barcelona which was concerning him the most was not their economic outlook, but the issue surrounding their presidential elections.

The elections had originally been scheduled for 24 January but have now been rescheduled to 7 March – with Tebas outlining the importance of getting a permanent board in place as soon as possible.

Joan Laporta, Victor Font and Toni Freixa are all on the final ballot for the elections in a crucial vote which will go a long way to determining the future approach from the club.

Javier Tebas says that racism row will be clarified when lip-reading of Juan Cala’s words is complete
8 April 2021, 20:18