Atletico Madrid travelled south to Andalusia to face Cadiz on Sunday in a La Liga clash that carried a whole lot of weight.

Real Madrid losing to Levante yesterday meant that Los Colchoneros had the opportunity to go ten points clear of their nearest challengers with a victory.

A win would put them eleven clear of third-placed Sevilla and 13 clear of Barcelona, although the Catalans do have a chance to rise to second when they face Athletic Bilbao this evening. 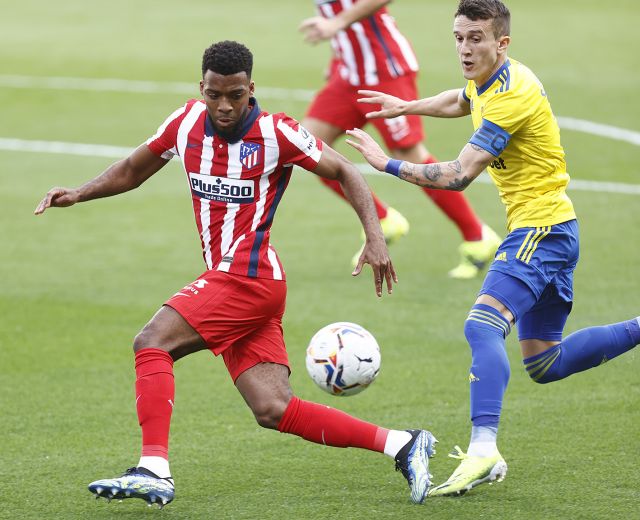 Diego Simeone has maintained that his charges are taking things game-by-game, but even he would be daring to dream if they could open up such breathing space heading into February.

They started well. Luis Suarez has been flying since the moment he rocked up in Madrid after being coarsely discarded by Barcelona, and he scored his 13th goal of the season in the 28th minute to put himself top of the Pichichi race and Atletico in front.

Cadiz equalised in the 35th minute through another veteran marksman in Alvaro Negredo, before a 44th minute strike from Saul Niguez restored Atletico’s lead going into the half-time break. Then, five minutes after the second-half restarted, Suarez was at it again, this time converting a penalty kick to give Los Rojiblancos a two-goal cushion.

Luis Suarez adds ANOTHER from the penalty spot! 👏

Atleti showing no signs of letting up at the top of LaLiga 🔴⚪ pic.twitter.com/yulM0Ydg58