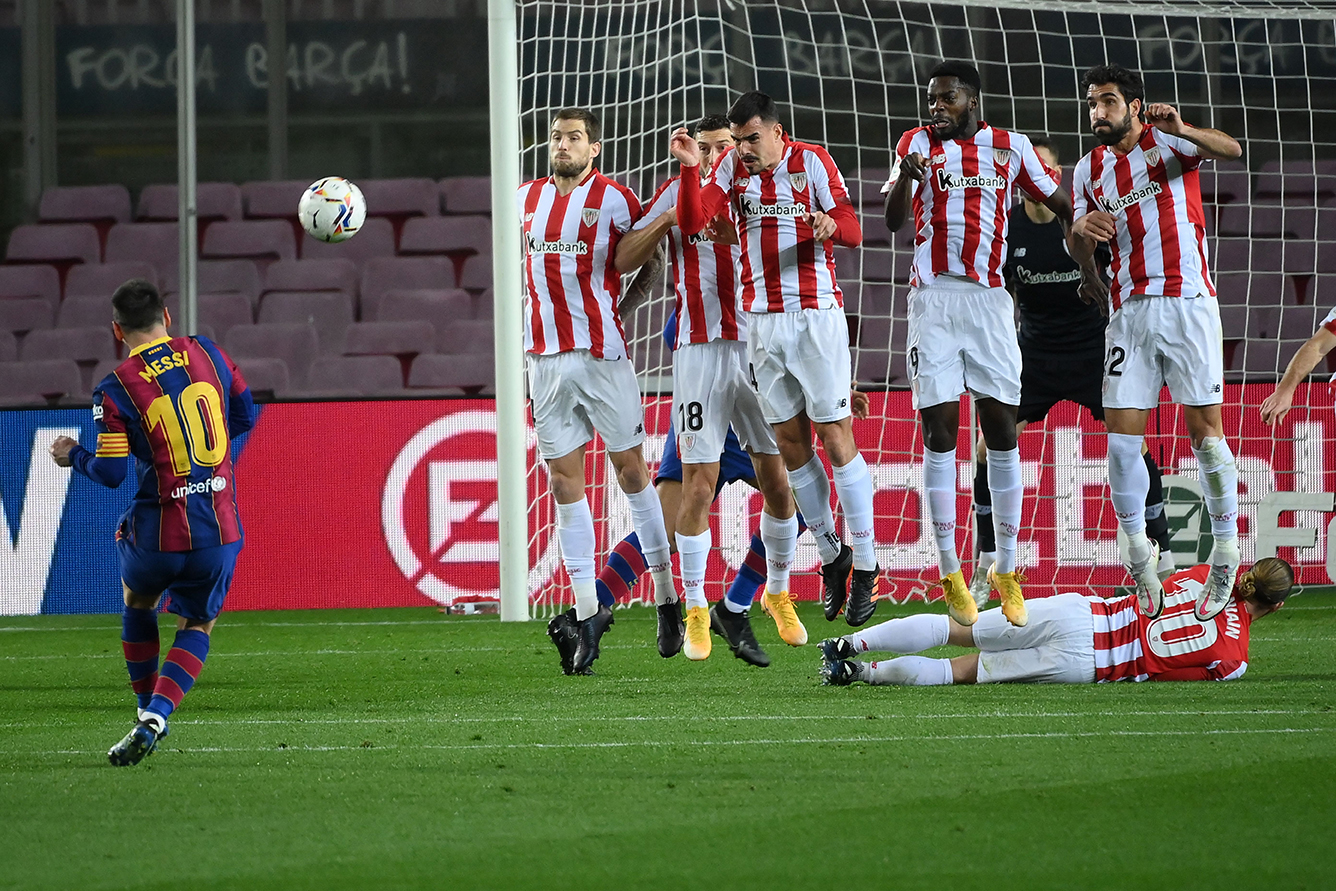 Barcelona have moved ahead of El Clasico rivals Real Madrid in the La Liga title race thanks to a vital 2-1 win over Athletic Bilbao.

The Catalan giants are now ten points behind league leaders Atletico Madrid as Ronald Koeman’s side secured a fifth successive league win against Marcelino’s side.

La Blaugrana skipper Lionel Messi put the hosts into a deserved lead on 21 minutes as he bent home a superb free kick past Unai Simon.

However, Barcelona were unable to increase their advantage after the break and the visitors were given a shock route back into the tie as Jordi Alba deflected home an own goal.

Despite that setback, Barcelona showed their new found resilience in the closing stages, as Antoine Griezmann arrived on cue in the box to tuck home Oscar Mingueza’s cross.

Barcelona now head to Granada in Copa del Rey action in midweek before travelling to Real Betis next weekend in league action.