Frenkie De Jong then put his team in the lead ten minutes later, finishing off an excellent move involving Messi and Jordi Alba to make it 2-1 and put the Catalan giants into the final eight. 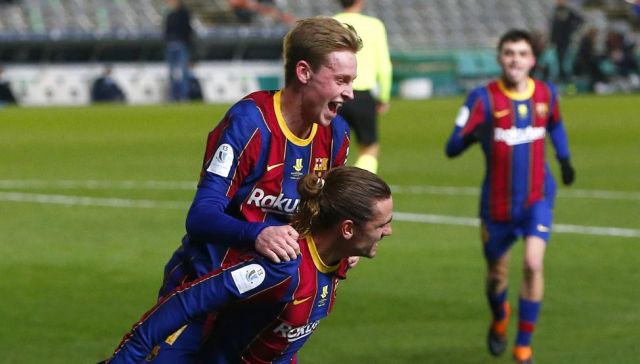 De Jong was superb on the night, and has been putting in a number of excellent performances ever since he shifted to a more advanced midfield role. He’s been breaking forward and scoring goals, contributing in the final third.

The Dutchman’s strong start to 2021 is one of the most positive elements of Barcelona’s season so far according to Mundo Deportivo, with De Jong hitting the post as well as initiating Messi’s equaliser with a deep pass to Griezmann.

De Jong completed 50 of the 55 passes he attempted against Rayo, recovering the ball five times and completing two dribbles. The 23 year-old is coming on leaps and bounds under his compatriot Ronald Koeman.