Watch: The incredible passing move that set up Sevilla’s second goal against Valencia

Sevilla recorded a 3-0 victory over Valencia in the last 16 of the Copa del Rey on Wednesday evening at the Sanchez-Pizjuan, securing their place in the quarter-finals.

Sevilla were quick out of the blocks, Marcos Acuna assisting for Luuk de Jong in the 20th minute. De Jong added a second thirteen minutes later, this time Suso providing the set-up after a phenomenal passing move.

Veteran playmaker Ivan Rakitic then scored a delightful chip to make sure of the hosts’ victory in the 38th minute. The only downside for Sevilla was the hamstring injury suffered by club captain Jesus Navas. 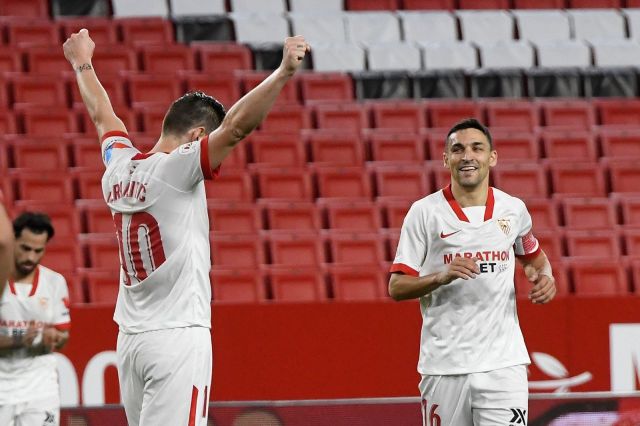 The result is the latest in an excellent run of form for the Andalusians. They currently sit fourth in La Liga and are preparing for a Champions League last 16 clash with Borussia Dortmund at the end of February.

Valencia, in contrast, are in the midst of turmoil. They sit 14th in the league table and are in a moment of institutional and sporting crisis, nothing to play for beside avoiding relegation for the rest of the campaign. That shouldn’t be the case at a club like that.