After a week of speculation, Real Madrid midfielder Martin Odegaard has left the club to join Arsenal on a loan deal for the remainder of the season.

Odegaard has made just one league start for Madrid since September and made just one fleeting substitute appearance – a five-minute cameo against Celta Vigo earlier this month – in the last 12 matches for Los Blancos.

Real Madrid news is focused on concerns over two out-of-contract regular first-team starters who have both rejected the club’s initial renewal and whose future is now at a standstill. 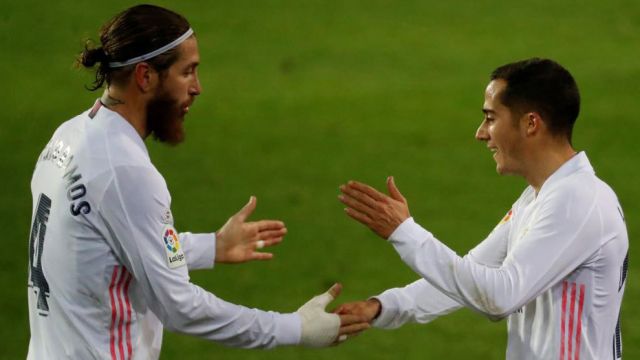 Lucas Vazquez and Sergio Ramos are now both free to speak to other clubs with Marca claiming that each has rejected Madrid’s offer and they may now earn better proposals elsewhere.

Barcelona news is focusing on the club’s upcoming election and frontrunner Joan Laporta has encouraged members to vote in person.

This is despite the fact that postal voting will be allowed in this election with travel warned against by authorities to limit the spread of Covid-19.

Laporta said, in quotes carried by Diario AS: “They are the most important elections in the club’s history, and therefore they must be the most transparent. We understand that it has to be well organised and we have asked the board to inform us well of the conditions of voting by mail.