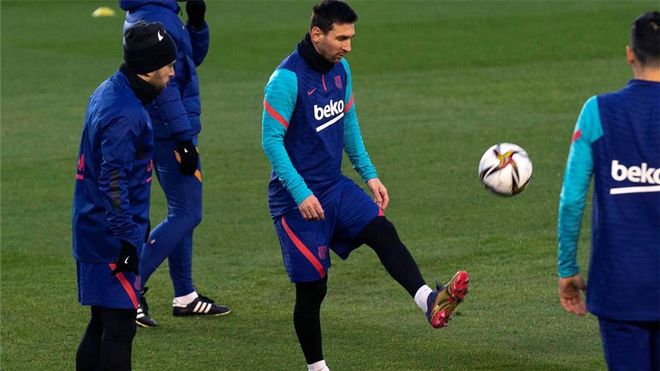 The future of Lionel Messi has been at the forefront of Barcelona news for several months and a report has now claimed that he and his family are learning French.

Canal+ France journalist Geoffroy Garétier is quoted as telling the network, in quotes carried by El Mundo Deportivo, that the 33-year-old is learning the language alongside his wife and children.

Having spent his life between his native Argentina and in Spain – playing the entirety of his career at Barcelona – the player and his family are only fluent in Spanish, and have no fluency in other languages.

Garétier is cited by the report as saying: “Messi and all his family, his wife and children are being taught French. Why is he going to learn French if he is going to sign for Manchester City? This makes no sense. This information, in which I am very confident, is a very reliable source.”

Messi is now into the final six months of his contract at the Camp Nou, which expires on 30 June 2020, and it remains unclear if he will put pen to paper on a new deal or if he will consider moving away from the club.