Martin Odegaard’s rumoured loan move from Real Madrid to Arsenal has taken a step closer amid reports a fee has been agreed.

Mikel Arteta has been heavily linked with a move for the Norwegian international after he failed to force his way back into Zinedine Zidane’s plans this season.

Both parties are happy to sanction a loan until the end of the current campaign, with reports from Marca claiming the Gunners have now agreed to a €2.8m loan package. 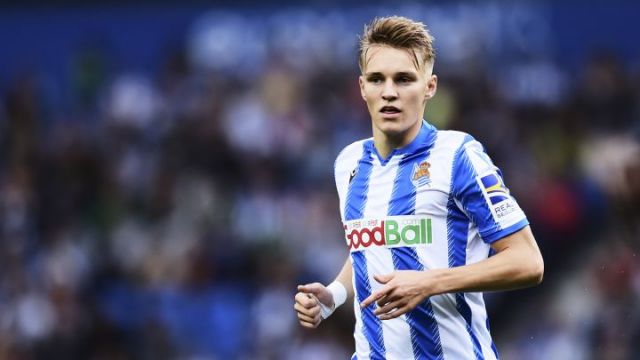 At this stage, neither side has indicated the deal will include a purchase option, with Zidane keen to retain an option on his future.

The former Real Sociedad loanee is now expected to travel to the UK in the next 48 hours ahead of a medical in North London.

Both clubs are determined to ensure a deal is completed before the transfer window closes next weekend, with Odegaard joining fellow Los Blancos loan star Dani Ceballos at the Emirates Stadium.