Barcelona‘s shock Supercopa de Espana defeat at the hands of Athletic Bilbao rattled the club to its core.

They bounced back, however, to beat UE Cornella in the Copa del Rey. They didn’t do it with style and grace, but they got the job done with a good measure of tenacity and grit. 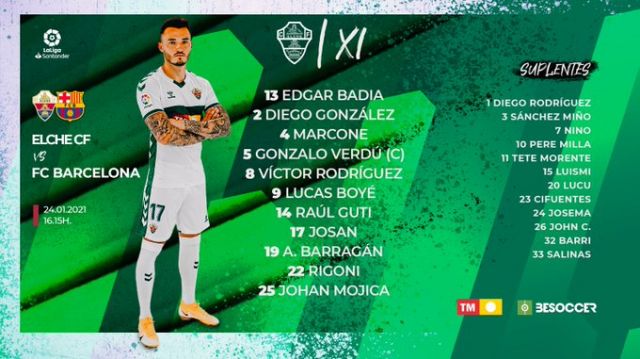 The Supercopa defeat did, however, take the wind out of Barcelona’s sails just a touch. Before they played Athletic, Ronald Koeman‘s men had three victories on the bounce, all on the road. 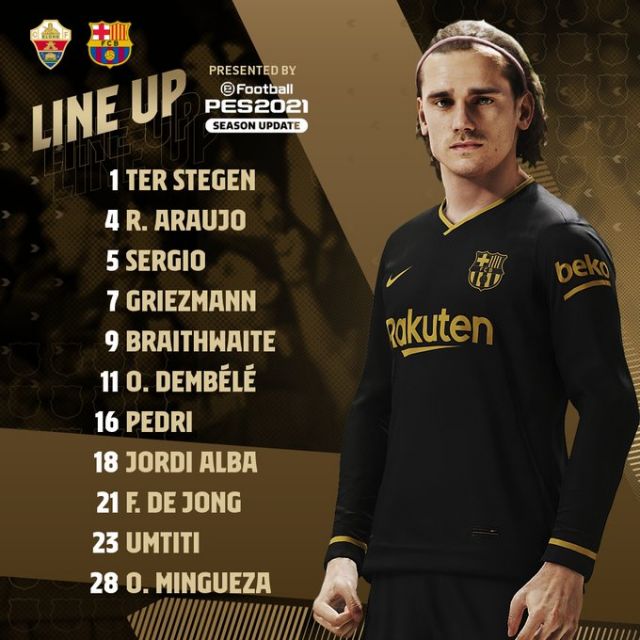 They’re back in La Liga action this afternoon, locking horns with Elche at Estadio Martinez Valero. It’s the seventh game in a row Barcelona have played away from home – the last time they played at Camp Nou was on 29 December against Eibar. Despite this, they’re still on the hunt for their fourth consecutive victory.