Wilshere jokes about the time Xavi, Iniesta and Busquets “spent all night” in his pocket

Jack Wilshere has joked about the night when, in his words, he kept Barcelona‘s illustrious midfield trio of Xavi, Andres Iniesta and Sergio Busquets in his pocket.

Wilshere was conducting a Q&A on Twitter when he was asked about playing against the Blaugrana back in 2011, and joked that he dominated the midfield that Champions League night. 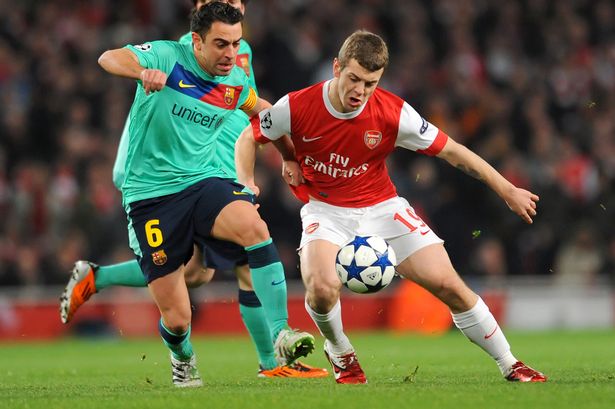 He did indeed play well, with Arsenal winning 2-1 at the Emirates Stadium in the first leg of the last 16 thanks to late goals from Robin van Persie and Andrey Arshavin. Wilshere was just a teenager, and looked set to become one of Europe’s top midfielders.

Couldn't learn much, they all spent the night in my pocket 🤣🤣 https://t.co/HfmnNdZeVB

He became Arsenal’s youngest-ever debutant in September 2008 when, aged 16 years and 256 days, he played against Blackburn Rovers. Injury problems greatly afflicted him, however, and he struggled to fulfifl his early promise.

Barcelona went on to win the Champions League that season, beating Manchester United 3-1 in the final at Wembley in what’s widely considered to be one of the most complete team performances ever seen in a final.