Manchester United winger Facundo Pellistri is set to join a club in La Liga on a loan deal this month.

The player’s representative Edgardo Lasalvia spoke to fichajes.com to confirm that the Uruguayan is on his way to Spain this month.

Lasalvia said of the move: “We are working on that (a transfer), surely Spain is the destination.” 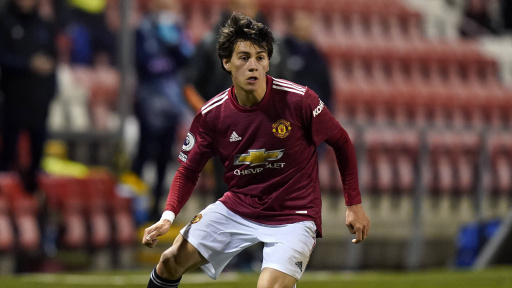 Pellestri joined the Red Devils in a reported €9.9m deal from Uruguayan club Penarol this summer but he is yet to make his senior debut at the club.

The right winger has made eight appearances for United’s Under-23 side and despite regularly training with the first-team squad, he has yet to make his debut.

The 19-year-old contracted Covid-19 earlier this month, from which he has since recovered, and is now eyeing first-team football.

United’s willingness for the player to be loaned out coincides with the arrival of winger Amad Diallo from Atalanta.