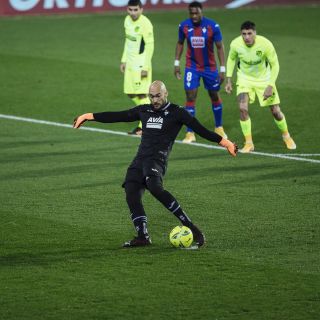 Atletico Madrid travelled north to the Basque Country to take on Eibar with the ambition of extending their lead at the top of La Liga to seven points.

Remarkably, in the 12th minute, it was the hosts who took the lead, and they did it through their goalkeeper Marko Dmitrovic. He stepped up for the spot-kick and finished with aplomb, going hard left before being mobbed by his teammates.