One of the most notable aspects of the Barcelona news this evening is the absence of a central defender from their starting line-up for their Copa del Rey clash at Cornella.

A report in El Mundo Deportivo outlines the absence of Samuel Umtiti from the starting XI, despite his availability and the fact he is in need of game-time. 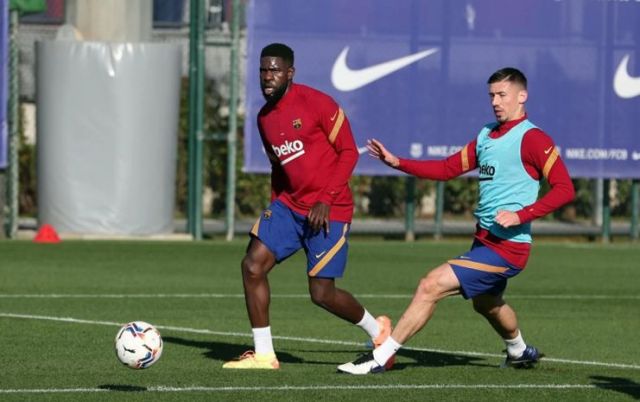 The French defender has started in just one match this season – the league victory at Granada – and had been widely anticipated to be involved in the cup trip to the Blaugrana’s Catalan neighbours.

Clement Lenglet starts alongside Ronald Araujo for Ronald Koeman’s side with Oscar Mingueza also involved – despite all three defenders playing more minutes than Umtiti this season for the side.

France international Umtiti has not played in successive games for the Blaugrana since February.

The Cameroon-born defender has suffered from multiple injuries over the past few seasons, curtailing his development at the club.