Zinedine Zidane: “It’s a tough day, but we’re not going to go crazy”

Less than a week after being knocked out of the Supercopa de Espana by Athletic Bilbao, Real Madrid have been dumped out of the Copa del Rey by third-tier Alcoyano.

Madrid were playing for a place in the last 16 of the Copa, a competition Zinedine Zidane has never won as a player or a manager. They took the lead on the stroke of half-time before conceding an equaliser in the 80th minute.

Los Blancos lost it in extra-time despite Alcoyano being down to ten men after they had a player sent-off for a second yellow. The hosts’ winner was a quick, cogent break, a clarity of play Madrid failed to muster despite dominating possession. 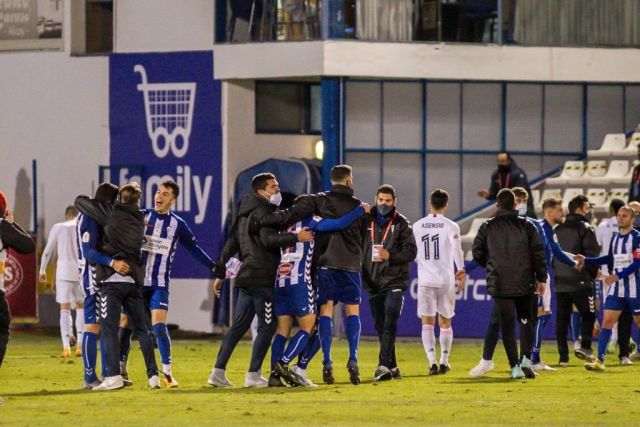 Speaking after the final whistle in comments carried by Managing Madrid, Zidane tried to keep things on an even keel.

“All defeats hurt,” he said. “I don’t like to lose and the players neither. We were playing a Segunda B side and we should have won, but it’s not a disgrace.

“This can happen. These are things that happen in a player’s career. It’s a tough day, but we’re not going to go crazy. We’ll think about this and work hard. I’m the coach and the responsibility is mine. I’ll accept it.” 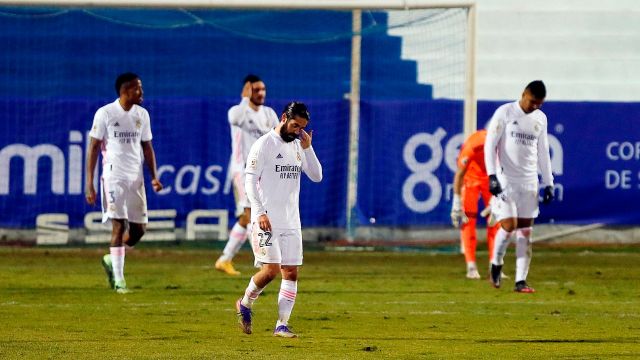 Zidane was asked whether he thinks the players still believe in him to lead them forward. “Yes, I think so,” he said.

“You’d have to ask them. We have done good things, although maybe less so recently. Now, we have to think about La Liga and the Champions League.”

Madrid travel to Alaves this coming Saturday evening before hosting Levante the following week. Their Champions League last 16 clash, against Italian side Atalanta, is scheduled for the end of February, with the first leg to take place away from home.