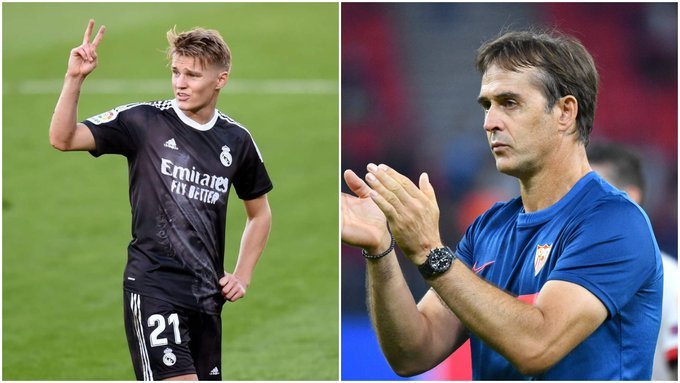 Sevilla are plotting a sensational loan deal to snatch Martin Odegaard away from the clutches of Real Sociedad, where he spent last season on loan.

A report in Deportes Cuatro states that Sevilla boss Julen Lopetegui is a keen admirer of the Norwegian and is prioritising a move for a creative midfield player in this transfer window.

Marca reported on Tuesday that Odegaard had asked to leave Real Madrid on a loan deal this month before a follow-up report in Diario AS claimed that he and Real Sociedad are already in talks about concluding a loan return.

It is said by the latest report that the Norwegian’s future is likely to be decided this week and he is yet to make a clear decision on which club he would prefer to join, although Madrid are also likely to have some say on a possible destination.

Odegaard has missed 10 successive matches for Los Blancos and is hopeful of finding regular first-team football elsewhere, as he does not fit into a 4-3-3 system.