In this forthcoming summer transfer window so strange for a number of reasons, space has opened up for a club to steal a march on their rivals by spending big.

Covid-19 has severely damaged the financial health of most of European football, but there are still a couple of clubs capable of taking advantage of others’ fallibility. According to a report in Diario AS, Paris Saint-Germain are included in this cohort.

Lionel Messi, of course, will be one of the most discussed names this summer. The Argentine’s contract comes to an end at Barcelona come season’s end and PSG are preparing an offer that’s enticing in a sporting sense as well as a financial sense.

Mauricio Pochettino has just arrived in the French capital, while Angel di Maria and Neymar, two good friends of Messi’s, are in situ. PSG have also been linked with another of his friends, Sergio Aguero, as well as Barcelona target Eric Garcia.

It will, of course, be difficult to be able to accommodate such expensive talent, and someone will have to go. Kylian Mbappe is thought to be the one who’d make way – he’s found it difficult this season and sees his contract end in the summer of 2022. Real Madrid are on red alert regarding his availability.

Speaking of Madrid, their captain, Sergio Ramos, whose contract also ends this summer, has also been linked with PSG. He’s even reportedly told his current club that plans are afoot to build a dream team in Paris with himself and Messi two key references.

Pochettino is also said to be keen to bring Dele Alli, whom he worked with at Tottenham Hotspur, to Paris, although the North London club are notoriously difficult to do business with. Christian Eriksen, also formerly of Tottenham, has been spoken about as another option.

It will be tricky financing all this activity, and as well as the possible sale of Mbappe to Madrid PSG have also made available for sale Leandro Paredes, Julian Draxler and Tilo Kehrer, apparently believing they can get €40m combined for the three. 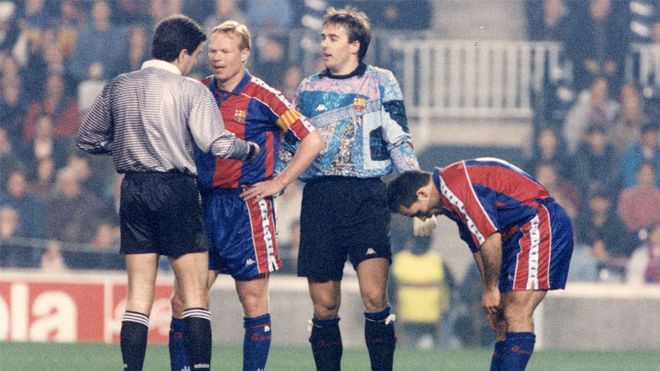