There is significant breaking Real Madrid news on Tuesday with Marca reporting that Martin Odegaard has asked to leave the club this month.

The Norwegian star has not featured for a single minute in any of the club’s last 10 matches across all competitions and has not been included for this week’s Copa del Rey trip to Alcoyano. 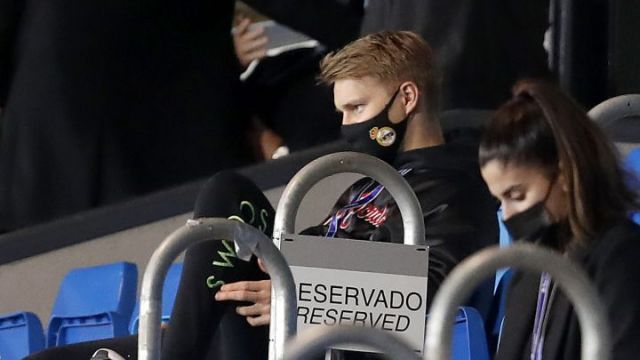 Odegaard has not played a minute of first-team football since the Champions League defeat to Shakhtar Donestk as Toni Kroos, Luka Modric and Casemiro have established themselves as regulars as boss Zinedine Zidane has trusted his old guard, and he now wants a loan move.

Read more: The midfield star who has lost Zidane’s trust at Real Madrid

Odegaard started the first two La Liga games of the season against Real Sociedad and Betis for Madrid but has suffered various muscular injuries since to derail his progress – but he has been fit for each of the past seven matches and has not played a minute.

The midfielder was the only addition to the first-team squad at Los Blancos this summer, as the club cut short his two-season loan spell at Real Sociedad, for whom he thrived last campaign.

It was anticipated he would be a regular in the line-up this season and the latest report claims he wants to leave on loan for more first-team minutes.