Barcelona and Real Madrid both slip down European club rankings

It has not been an easy season thus far for Real Madrid or Barcelona and each have now slipped down the Euro Club Index ranking.

The Catalan giants have slipped out of the top three as they have been leapfrogged by English champions Liverpool, while Real Madrid news sees Los Blancos slip below city rivals Atletico Madrid and into sixth spot.

🏴󠁧󠁢󠁥󠁮󠁧󠁿Liverpool move back up to 3rd

🇪🇸Atlético Madrid up to 5th and #1 in Spain’s capital

Read more: Results show both Barcelona and Real Madrid are in clear decline

Both El Clasico sides missed out on the Spanish Supercopa title as each were defeated by Athletic Bilbao within the space of 72 hours, as their focus now returns to their campaigns in La Liga and the Copa del Rey.

Read more: Over 70 percent of fans believe La Liga title is beyond both Real Madrid and Barcelona 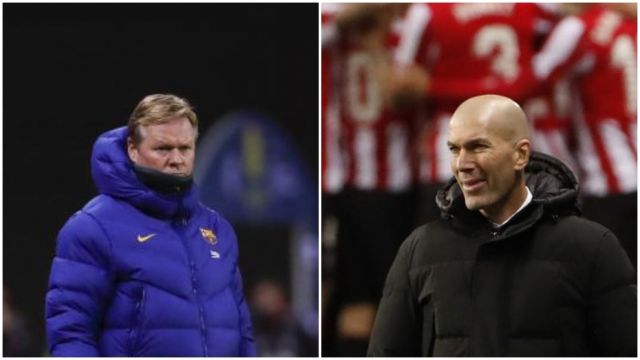 Atleti are four points clear at the top of the standings and also have two games in hand over their closest rivals.