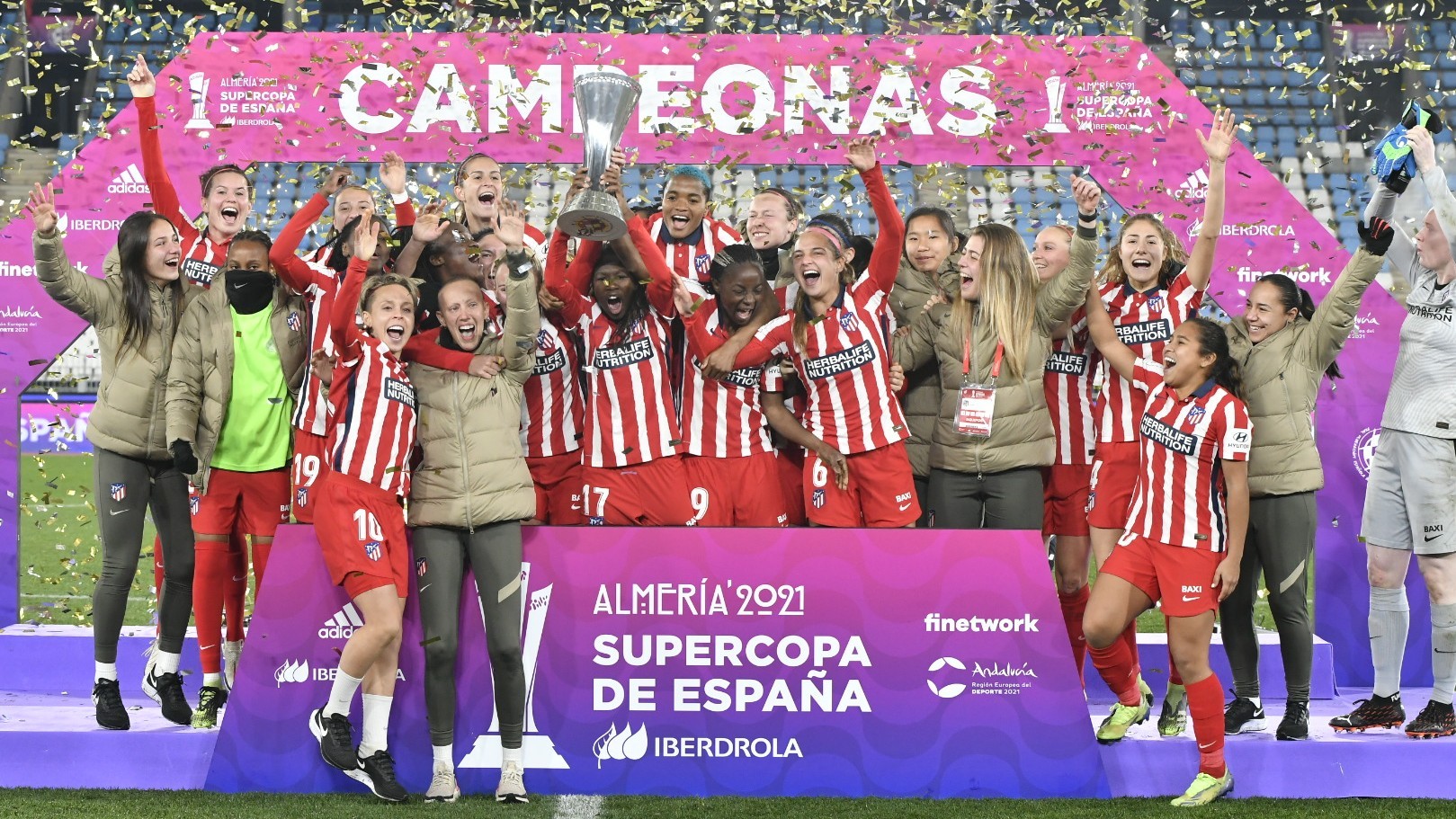 There were emotional scenes in Almería on Saturday night as Atletico Madrid lifted the first trophy of the season.

After defeating Levante 3-0 in the final of the Super Cup, club captain Amanda Sampedro received the trophy alongside Virginia Torrecilla, who then brought it down to the pitch to present it to the rest of the squad.

Torrecilla has been undergoing chemotherapy and radiation therapy after having a malignant brain tumour removed in May of last year. Throughout this period, Atlético have always had her with them in spirit, even though her services have been denied to them on the pitch. When the teams line up for their pre-match photos, someone from Atleti holds Virginia’s number 14 shirt.

The sheer number of social media posts, from teammates and rivals alike, show how much support she has from the whole women’s football community in Spain.

The football season in Spain is now entering it’s busiest period and Atleti’s triumph in the women’s game coincided with Athletic Bilbao lifting the Spanish Supercopa in the men’s game and will generate a lot of interest in safebettingsites to keep on top of all events.

In their semi-final, Atlético became the first side to take the lead against Barça this season through Merel van Dongen’s header. This looked like it would be the winner until Alexia Putellas lashed in a stoppage time equaliser to take the game to extra time. When an additional 30 minutes failed to separate the sides, it came down to penalties with Atlético’s Swedish goalkeeper Hedvig Lindahl proving the match-winner as she made a vital save from Melanie Serrano after Jenni Hermoso and Mariona had hit the woodwork with their efforts.

But beating Barcelona would have counted for nothing if they had not finished the job against Levante, who secured a comfortable 3-1 win over EDF Logroño in the other semi, in Saturday’s final.

But in the event, the final was over as a contest within little over half an hour. Deyna Castellanos fired Atleti ahead after 18 minutes and then three minutes later, a surging run down the right from Ludmilla helped set up recent signing Ajara Nchout for he first goal in Atleti colours. The same combination produced a third goal on 32 minutes and Levante simply had no answer.

This means Atlético have now won trophies in five of the last six seasons, starting with their Copa de la Reina win in 2016 and their three successive league titles between 2016/17 and 2018/19. The Supercopa might not mean as much as either of those, but it’s sure to give Atético a lift in what has thus far been a frustratingly inconsistent season.

The weekend also saw several matches in Primera Iberdrola which had been rescheduled from earlier in the season. Sevilla drew 0-0 at home to Rayo Vallecano, Espanyol and Sporting Huelva shared the points with a 1-1 draw in Barcelona and Madrid CFF hit four without reply to defeat Santa Teresa.