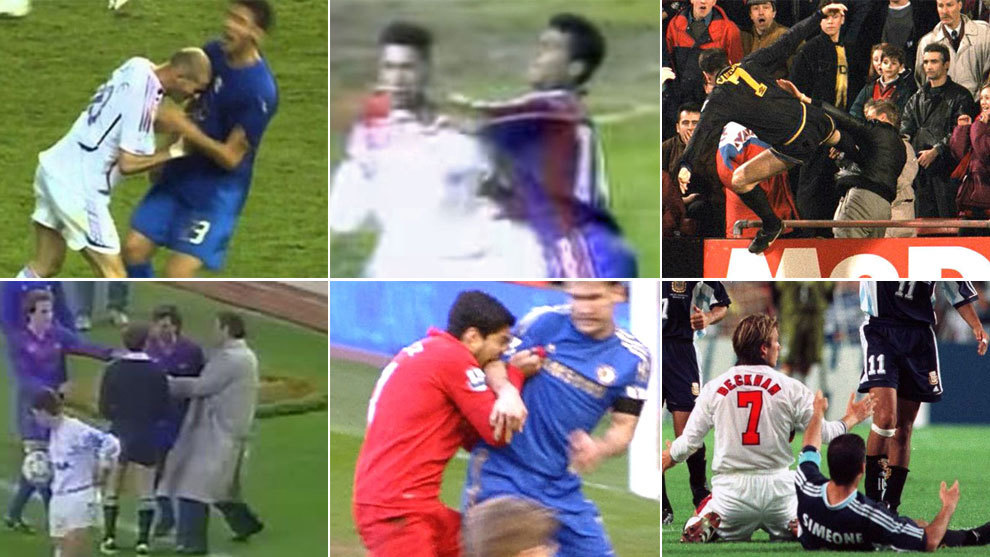 When stars lose their head: Lionel Messi’s in good company

Football is emotion, and we saw that from Barcelona‘s Lionel Messi last night at La Cartuja. Losing to Athletic Bilbao in the final of the Supercopa de Espana after being ahead twice, Messi lost his head in the final minutes and punched Asier Villalibre.

The Argentine was sent off the first time in his club career, and could be suspended for up to four matches. It’s a high price to pay for a moment of red mist, but such is life. Marca marked the event by remembering six other occasions where a star of the game lost their head and lashed out.

First up was David Beckham, making the list thanks to his petulant kick at Diego Simeone during England’s clash with Argentina at the 1998 World Cup in France. Second was Zinedine Zidane and his famous head-butt on Marco Materazzi when France played Italy in the 2006 World Cup final in Germany. 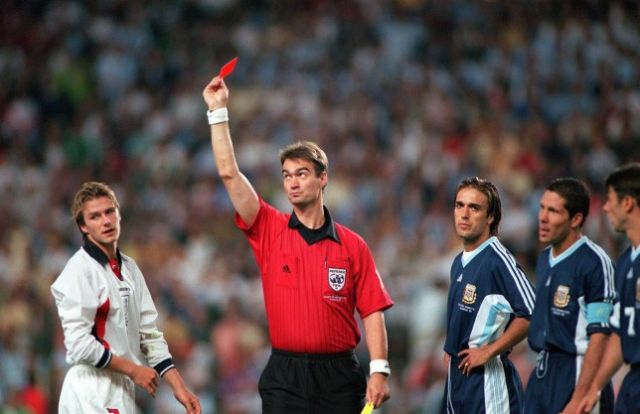 Third was Romario, lashing out at, once again, Simeone. This time it was in a club match, with the Brazilian punching the Argentine during a match between Sevilla and Barcelona at the Sanchez-Pizjuan back in 1994. Fourth was Eric Cantona, and his remarkable kung-fu kick at a Crystal Palace supporter when Manchester United played at Selhurst Park in 1995.

Fifth was Luis Suarez and his bite of Branislav Ivanovic when Liverpool played Chelsea back in 2013, an action that earned the Uruguayan a ten-game ban. Sixth was Hristo Stoichkov’s stamp on referee Urizar Azpitarte during El Clasico back in 1990.