Eder Sarabia at Barcelona: Profanity, intensity and a falling out with Lionel Messi

Quique Setien once said that the moment a coach steps into a dressing room the players start looking for his weaknesses. Things didn’t work out for him at Barcelona, and his time there became quite a public failure.

A key figure in the headlines during his reign was his second-in-command, Eder Sarabia, who’s just been appointed as coach of Gerard Pique‘s Andorra.

Those who knew Sarabia spoke about him as being someone who would be flammable in a dressing room like Barcelona’s, a man unafraid to speak his mind and short-tempered as explained in a report by Diario Sport. 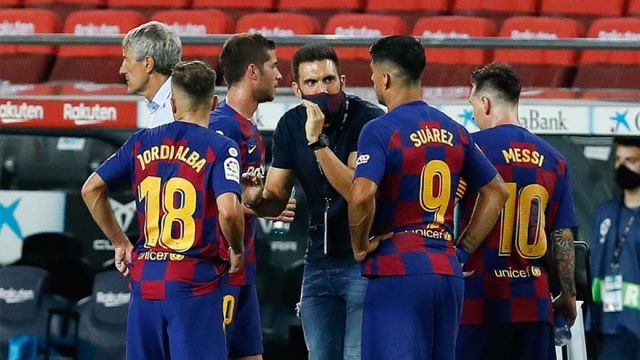 Coupled with a dressing room where coaches without an elite playing career are often viewed with scepticism, sparks were bound to fly.

Setien warned the footballers that Sarabia lived the game intensely, and his personality soon became evident pitch-side. He was filmed screaming at Antoine Griezmann during a match with Atletico Madrid, using coarse language. 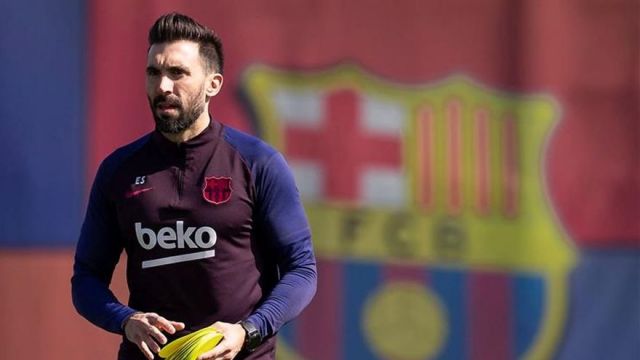 Then, of course, came the episode in Galicia, when Barcelona were playing Celta Vigo. A fracture had began to emerge between the coaching staff and the players, and during a water break it was crystallised.

Sarabia tried to give instructions to Lionel Messi but the Argentine looked away, took a sip of water, and responded with coarse language of his own. The tension reportedly spilled over in the dressing room post-game.

Despite this, Sarabia had been said to have a good relationship with some players, Pique included. The veteran centre-back obviously must have seen something in him.