Koeman, in post-game comments carried by Marca, was keen to underline that it was just a standalone game rather than a harbinger of doom. “It’s not a step backwards,” he said.

“A title is convenient to show that you’re on the right path, but we’ve still showed that we are. We’ve done everything to win, but we were very tired. For many players it will prove a good experience to have played in this final.” 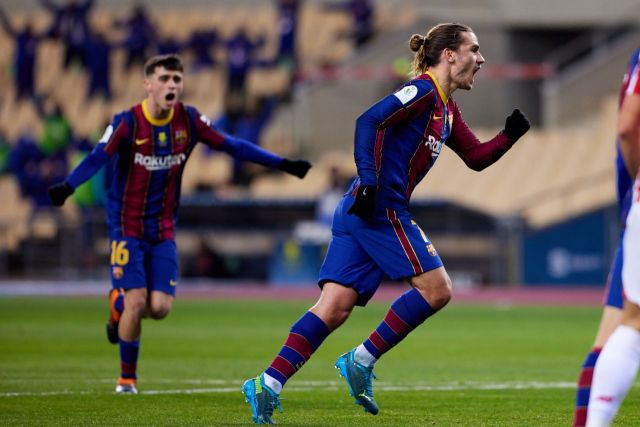 Athletic were strong in the air and intelligent in earning fouls to set-up free-kicks, Koeman observed. “It’s a quality they have, how they win the fouls and the players they have,” he said. “We don’t have tall players, and for their second goal we didn’t adjust our defensive line properly and he took his goal well.”

Lionel Messi put in a performance significantly below his high standards, not fully fit after a recent injury. The Argentine earned the first red card of his career late on after being taped punching Asier Villalibre in the back of the head.

“After so many years, he knows when he can play and when he can’t,” Koeman said. “He decided to play and that’s it. It’s better I don’t speak [about the referee]. I will not give an opinion.”

Messi was heavily involved in the opening goal. The Argentine played the ball out wide for Jordi Alba, who centred well. The ball bounced around in the penalty area before falling to the feet of Antoine Griezmann, who finished with aplomb. 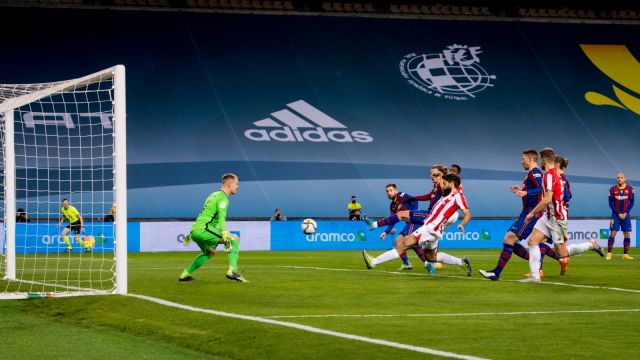 There was to be a late twist in the tale, however – Athletic got back on level terms. Muniain whipped in another quality delivery to find Villalibre, who smashed the ball into the back of the net to take the game to extra-time.