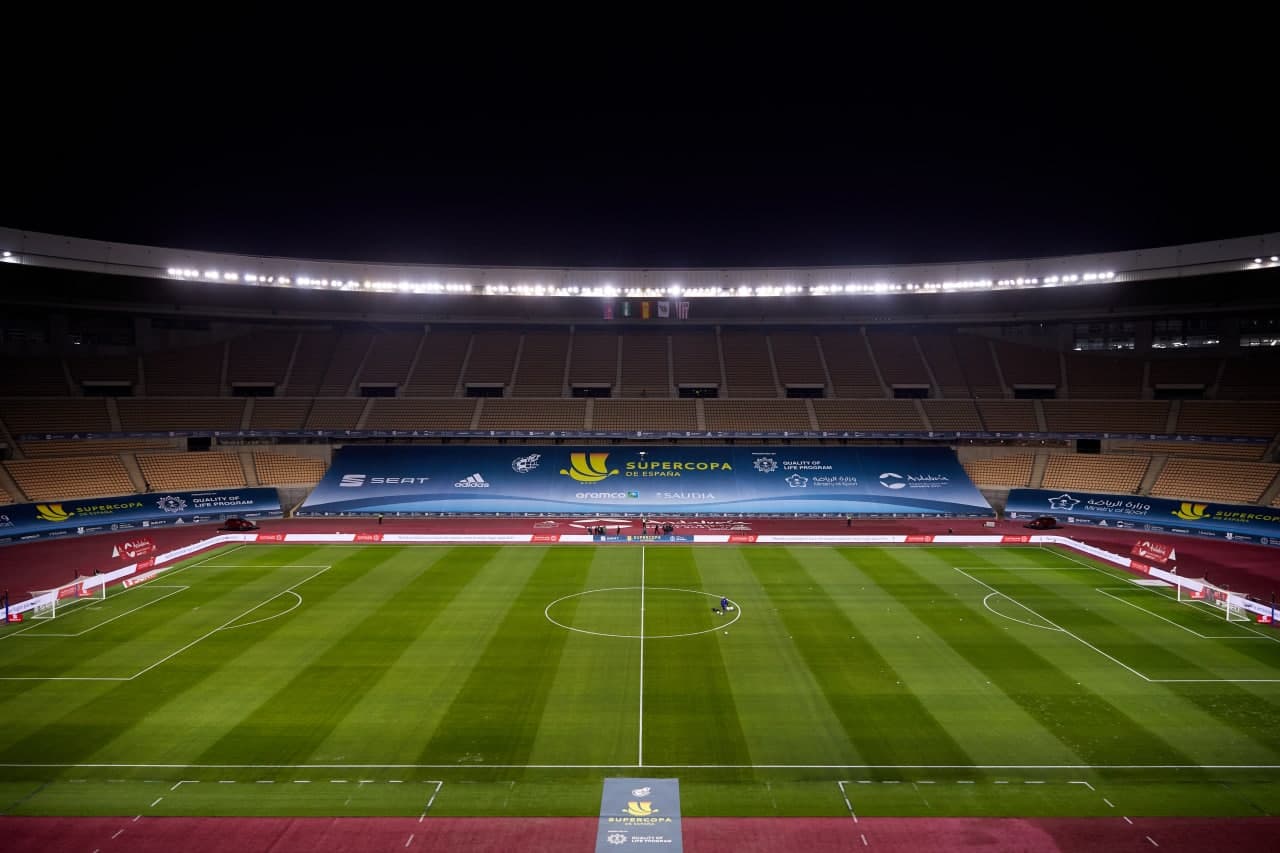 Barcelona and Athletic Bilbao have named the starting lineups set to do battle at La Cartuja in Seville this evening.

The sides will contest the final of the Supercopa de Espana, a competition of heightened importance in this strange season.

Lionel Messi, who missed Barcelona’s semi-final victory over Real Sociedad through injury, is back this evening, leading a front three of himself, Antoine Griezmann and Ousmane Dembele.

They’re supported in midfield by the marauding pair of Pedri and Frenkie de Jong, protected by the sitting Sergio Busquets.

Marc-Andre ter Stegen, fresh from his semi-final heroics, starts in goal, with a back four of Sergino Dest, Ronald Araujo, Clement Lenglet and Jordi Alba in front of him.

Marcelino has set up his Athletic side in two banks of four led by the deadly duo of Inaki Williams and Raul Garcia. The latter got a brace as the Basques beat Real Madrid on Thursday night and looks revitalised under his new coach.