Athletic Club star striker Inaki Williams has insisted his side are not focusing on speculation over Lionel Messi’s fitness ahead of tomorrow’s Spanish Supercopa final.

The Basque giants face Ronald Koeman’s side at Sevilla’s Estadio de La Cartuja in their first Super Cup final appearance since winning the competition back in 2015.

Four goals from club legend Aritz Aduriz secured a 5-1 aggregate win over La Blaugrana in that final and Williams is confident they can clinch another iconic title in the next 24 hours. 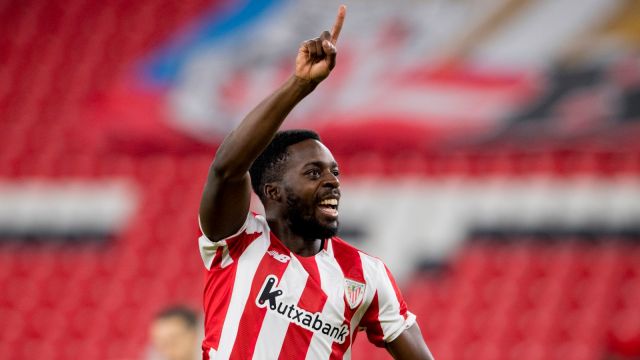 “The 2015 final was incredible. Very few people gave anything for us and we scored four at San Mamés,” he told an interview with Mundo Deportivo.

“We have to play with the same mentality tomorrow. Faith moves mountains and when you fight with your friends it is easier to win.

“I don’t care if Messi is there or not. We know of his potential, but Barça have plenty of players to supply him.

“We will do our thing, and make it very uncomfortable. If they want to beat us, they will have to suffer.”

Messi is expected to be fit enough to play some part in the final after a muscle injury forced him to miss the semi final win over Real Sociedad.

Ronald Koeman has confirmed he will wait until the last minute before making a final decision on the Argentinian’s fitness, with the ultimate decision lying with the 33-year old.