Ousmane Dembele: From a deer stuck in headlights to the man in command

Ousmane Dembele‘s emergence as one of Barcelona‘s key forward players has been a welcome revelation for Ronald Koeman. The French winger is in the best run of form he’s had in Blaugrana, staying fit and doing damage.

Dembele’s Camp Nou career has been dogged by injury, with persistent disruptions hampering his pursuit of hitting the same level he showed at Borussia Dortmund.

There was a moment during Barcelona’s Supercopa de Espana victory over Real Sociedad on Wednesday night where it looked like he might have picked up another complaint, having to receive treatment while speaking to Koeman about his ability to continue.

This time, however, according to Mundo Deportivo, Dembele was resolute. The Frenchman looked Koeman in the eyes and said: “Mister, don’t substitute me. I want to keep playing.”

He dusted himself off and re-entered the field of play. Previously, Dembele may have been spooked by the muscle complaint and retreated, but he’s feeling valued in this iteration of Barcelona. 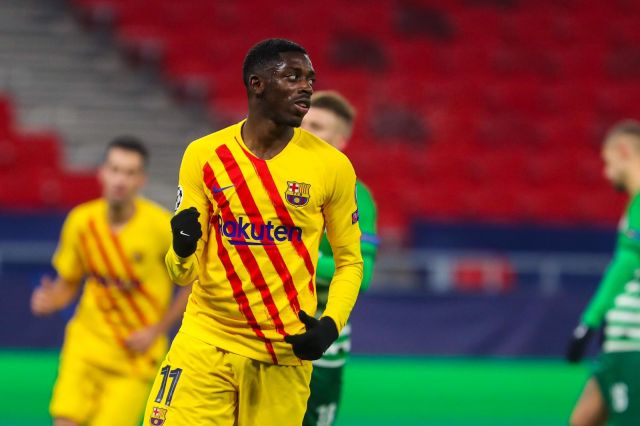 Dembele was picked by Koeman to take a penalty during the shoot-out and duly converted. The first player to embrace him was Marc-Andre ter Stegen and the second was his great friend, Antoine Griezmann. He’s feeling loved, and becoming more important for Barcelona with every passing game.

Dembele moves with the grace and simplicity of an antelope, and his eyes tell another story. Before he looked like a deer struck by headlights, an animal chased by a predator. Now, he’s the one in command, and it’s showing on the pitch.