La Roja coach Luis Enrique has made it clear that Pedri, Barcelona‘s teenage superstar, is very much front and centre in the thinking of the Spanish national team.

Speaking at half-time in the first semi-final of the Supercopa de Espana between the Blaugrana and Real Sociedad in comments carried by Diario AS, Luis Enrique said that the youngster from the Canaries is close to getting a call-up to the senior squad.

“We have not summoned him but he’s a regular of the U21 and he’s in the setup,” Luis Enrique said.

The coach denied that he wouldn’t call Pedri up to allow him to play in the forthcoming U21 European Championship. “I have total preference,” he said.

“I’ll select the players who deserve it, Pedri or any other player could [join us] between now and March. Pedri is a player most of us like.” 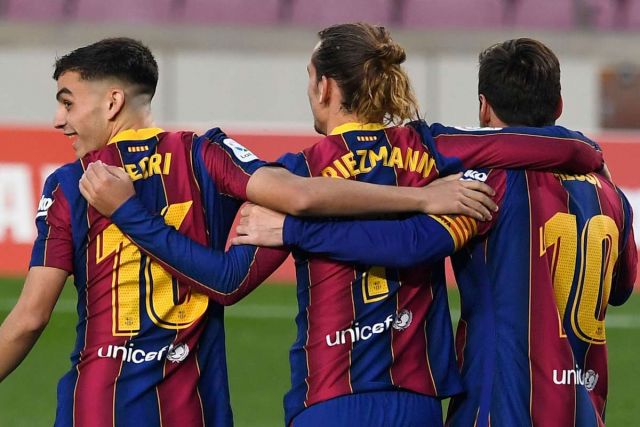 La Roja have a triple header of World Cup qualifiers coming in March. They face Greece at home before a trip to Georgia, and follow that up with another home clash with Kosovo.

They also have the European Championships to look forward to, drawn against Sweden, Poland and Slovakia in Group E.

Pedri has been one of the brightest lights of a difficult season for Barcelona. The 18 year-old has forged an impressive partnership with Lionel Messi and played with a flair and confidence very rare for someone so young.