Real Madrid have confirmed that their striker Luka Jovic has rejoined his former club Eintracht Frankfurt on a loan deal until the end of the current campaign.

The 22-year-old was signed by Los Blancos from Frankfurt in a reported €60m deal in the summer of 2019 but has struggled to settle in the Spanish capital.

Jovic was unable to dislodge Karim Benzema as the club’s central striker and he has subsequently been at the heart of Real Madrid transfer news due to his lack of game-time. 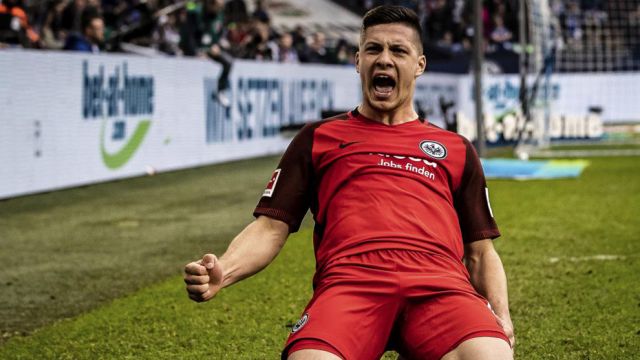 The Serbian striker netted 27 goals in the 2018/19 campaign for the Bundesliga club – helping to fire them into the last four of the Europa League – but has been unable to replicate that form in Madrid.

He will return to Los Blancos this summer but his long-term future remains unclear.