Despite having already had two offers rejected, Valencia are continuing to push to conclude a deal for Tottenham midfielder Harry Winks this month.

Los Che have already seen two loan moves knocked back for the central midfielder but ESPN claim that they will not be deterred and will not give up hope on a move.

The struggling La Liga club are prioritising strengthening the heart of their midfield this season and have identified the England international. 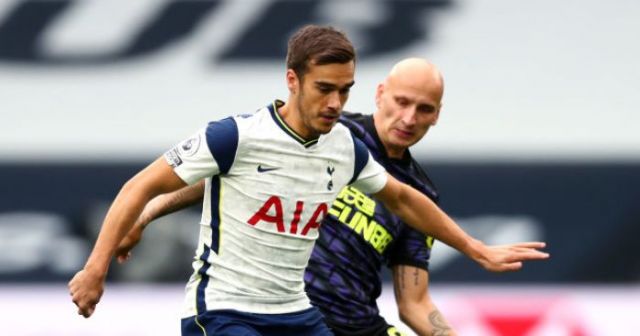 Javi Gracia’s side have now moved out of the relegation zone – with 19 points from 18 games –following this weekend’s win at Real Valladolid, but their poor form is dominating La Liga news.

Eight first-team squad players left the Mestalla this summer – including central midfielders Dani Parejo, Geoffrey Kondogbia and Francis Coquelin – with no additions, so the squad is in need of fresh arrivals.

Winks has fallen to the peripheries at Spurs this season with just 16 appearances to date, with the report claiming that he is open to a move but that wish is dependant upon what guarantees the North London club can offer him.

Spurs summer signing Pierre-Emile Hojbjerg taking his place in the Spurs starting XI while Tanguy Ndombele and Moussa Sissoko are also ahead of him in the pecking order for Jose Mourinho’s side.