Saul Niguez: “What counts is the daily work”

Atletico Madrid and Sevilla locked horns this evening in La Liga, with Sevilla travelling to the Spanish capital to take on Atletico at a freezing Wanda Metropolitano.

The hosts won 2-0 to bounce back from their Copa del Rey exit against Segunda B side Cornella and underline their title credentials. Los Rojiblancos are now four points clear at the top of the table with two games in hand on Real Madrid and Barcelona. 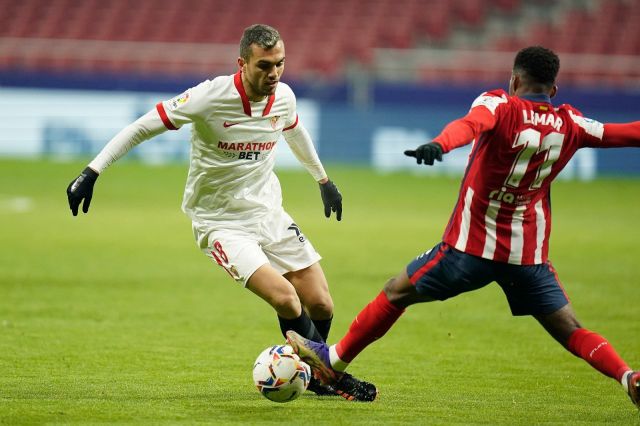 It was far from a scintillating performance from the victors, with the emphasis being placed upon defensive solidity rather than the indulgence of attacking flair we’ve seen more of this season. They were clinical when it counted, however, and deserved the points.

Atletico took the lead inside 20 minutes, with Diego Simeone‘s decision to start Angel Correa over Joao Felix bearing fruit. Kieran Trippier, returning from his FA-imposed ban, passed to the Argentine, who turned smartly before unleashing a lethal finish.

Simeone’s side doubled their advantage in the second half, Trippier again involved. The English full-back played a ball over the top for Marcos Llorente, who squared for Saul Niguez. The Spaniard took the pass well before arrowing a finish past Bono. 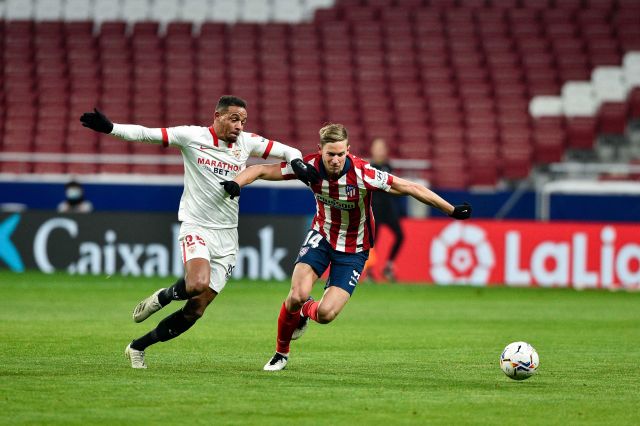 “I’m happy to be able to help the team with a goal,” Saul said post-match in comments carried by Marca. “It’s the first that I can dedicate to my wife and my daughter who will soon be born.”

Saul said that the impact he made after coming on as a second-half substitute has helped him regain confidence, but most important is the day-to-day.

“This helps, but what counts is the daily work, not breaking down,” he said. “The work with the people outside the club, not only physical work. Everything helps and the work pays.”