Spain was subject to a volume of snowfall over the weekend, which was unprecedented in recent times, causing chaos across the nation including its football schedule.

Athletic Club Bilbao’s trip to play Atletico Madrid was postponed in La Liga as the visitors could not land in the Madrid airport due to icy runways and were forced to return to the Basque Country.

Elsewhere, Real Madrid players were forced to wait on the airport runway for three hours before their takeoff was deemed to be safe – and have subsequently spent three nights in Pamplona as a result of the chaos, while multiple games in the Segunda division were postponed. 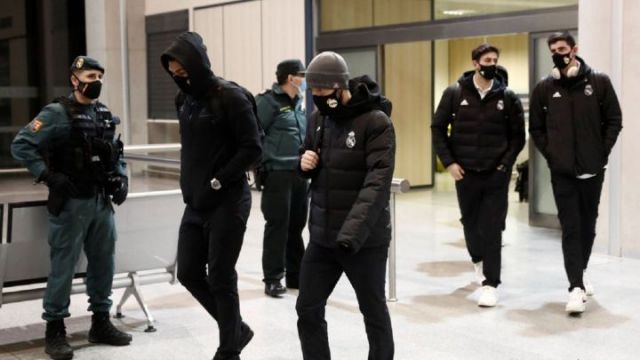 Atleti play host to Sevilla on a game scheduled for Tuesday evening and the club have posted a video online to show how they have managed to clear the pitch of snow at the Wanda Metropolitano.

11 highly powerful lamps were placed across the pitch, while the surface itself was heated to a temperature of 30 degrees Celsius to clear the snow, with more than 30 volunteers offering their time to shovel the remaining snow off the pitch.