Barcelona striker Martin Braithwaite has ruled out the possibility of leaving the club next year and has reiterated his desire to fight for titles at the Camp Nou.

After starting just five La Liga games in his first nine months at the club, Braithwaite then netted four goals in three games in late November – against Dynamo Kiev, Osasuna and Ferencvaros – and then earned a run in the first-team.

Indeed, all eight of his league starts this campaign have come across the club’s last 10 outings in the division – a run which has seen the side accumulate 23 points.

Before those games, Braithwaite had played just 13 minutes across all competitions for Ronald Koeman’s side and Barcelona news had centred on the Denmark international’s future.

Braithwaite has now told TV3, in quotes carried by Marca: “There is no option for me to leave in this winter market and not at the end of the season either. Next year I will continue to fight for my goals.

“I like that the club looks for other players in the market. It is supposed to be like that in a team like Barcelona, ​​which aspires to be the best team in the world. You need to have internal competition. It doesn’t scare me, it motivates me.

“You cannot leave everything in the hands of a small group of footballers, you need the best to keep everyone motivated. 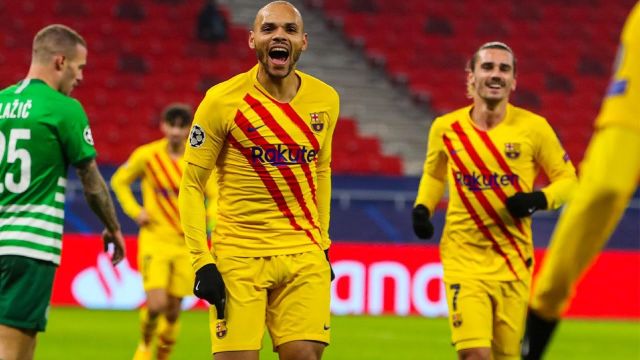 “Next year I will continue to fight for my goals and this season we have the chance to win many titles. This is my ambition, and I don’t think about anything else, that’s why I get up every morning and work so hard.”

With injuries to Ansu Fati and Philippe Coutinho, Braithwaite seized his opportunity in the first-team and has become an important squad member at the Camp Nou.