Real Madrid‘s worst nightmare was made reality on Saturday night at El Sadar according to Diario AS. Los Blancos played Osasuna on an icy pitch, and struggled through a strange and difficult game, a perfect storm of adversity that ended in a draw.

Especially when considering the logistical difficulties of the previous day, with the squad and staff stuck on the tarmac of Barajas Airport in a grounded plane for four hours, it made sense that come the final whistle Zinedine Zidane and Thibaut Courtois would openly rage against La Liga. 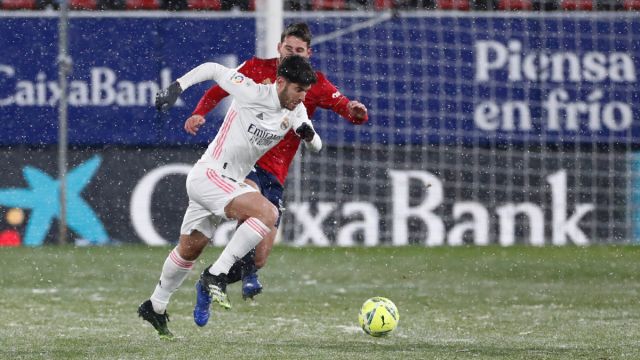 “The game should not have been played,” Zidane said post-game. “This was not a football match, we didn’t see a football match. Playing like this was very difficult, but in the end they made the decision to play.” Courtois was of the same mind. “We are human, not a show that always has to play,” he said. “We aren’t puppets.”

Sources within Madrid have revealed that the club didn’t officially request the postponement of the game, however, even if they would supposedly have liked it to be suspended beforehand or even played on Saturday morning, when the snow in Pamplona was still falling gently as opposed to that evening when it was at its icy peak. La Liga said the time change was impossible due to international television broadcasts. 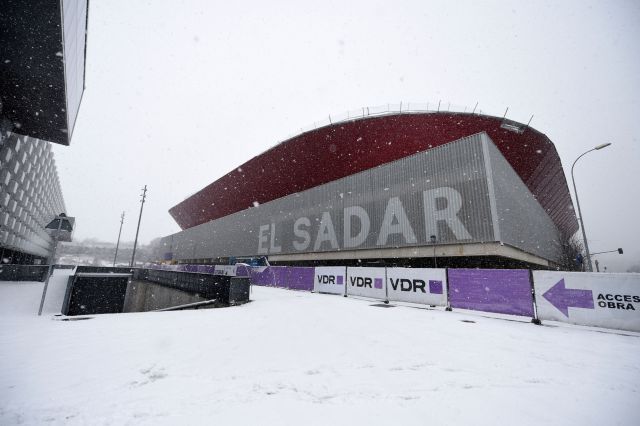 Madrid stayed in Pamplona last night post-game as they were unable to travel home as they normally would, licking their wounds. Barajas Airport is closed until Sunday afternoon at least, and even should the squad arrive there it will be difficult for them to return home to their families given the extremity of the weather conditions engulfing the Spanish capital.

Los Blancos were even considering flying directly to Malaga from Pamplona, where next Thursday they compete in the semi-final of the Supercopa de Espana against Athletic Club, although that solution is thought to be rather unlikely.