Rivaldo: “We could ruin Pedri’s career if we put too much pressure on him”

Barcelona and Brazil icon Rivaldo has been speaking in comments carried by Diario Sport about various issues surrounding Spanish football at the moment, including Pedri and Lionel Messi‘s form at Camp Nou and Sergio Ramos‘ contract situation.

Pedri, one of the sensations of the season, has been drawing plenty of deserved praise for his stunning performances in the Barcelona midfield. Rivaldo was keen to ensure the 18 year-old isn’t put under too much pressure, however.

“We could ruin Pedri’s career if we put too much pressure on him,” he said. “He’s only 18 years old. This is precisely why veterans need to step up and assume their responsibilities.

“Nobody denies that he’s a great player. There’s already talk about him playing in the European Championships with Spain. But that doesn’t mean anything – he still has to go through his normal process and play football as [Ronald] Koeman instructs him. Messi will probably not continue [with Barcelona] next season, so Pedri will have more responsibility. But for now, he mustn’t change.”

Speaking of Messi, Rivaldo said that he thinks he’s been playing well of late and still has a lot of football left in him. His contract with the Blaugrana expires in the summer and uncertainty over his future has dominated Barcelona news. “He’s started the year very well,” he said.

“We still don’t know if he’ll renew, but those games show that Messi [can still perform at a high level] for at least two or three more seasons. It’s true that this Messi isn’t the best Messi, but even so he continues to be the best Barcelona player due to his virtues and the importance of him to the team.” 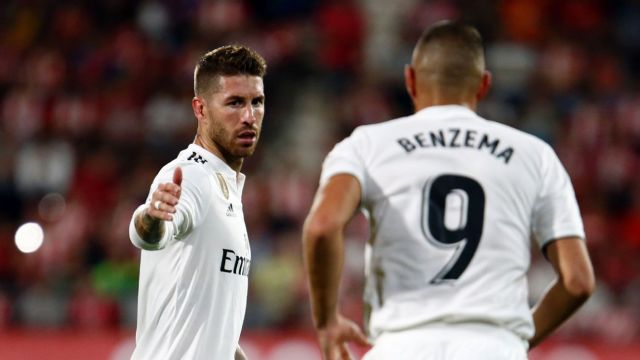 Rivaldo has also spoken about Ramos, who’s in the midst of a stand-off with Real Madrid over his contract negotiations. Madrid apparently don’t want to offer him the salary and contract length he feels he deserves.

“He has nothing to prove to anyone and has earned the right to decide his future,” he said. “The Real Madrid fans and the board have to understand his decision whatever it is, because he has always given everything for those colours.

“After 15 years with Los Blancos, perhaps it’s time to face a new challenge. It’s logical that at Real Madrid they feel the same as when Cristiano Ronaldo left, but players come and go and the club is the one that remains.”

Rivaldo revealed that he holds Ramos in great admiration despite his own Barcelona connections and the Andalusian’s ties to Madrid. “We admire each other and that goes beyond rivalries,” he said. “He’s one of the best defenders in the world and the fact that he plays for Real Madrid doesn’t make me change my mind.”