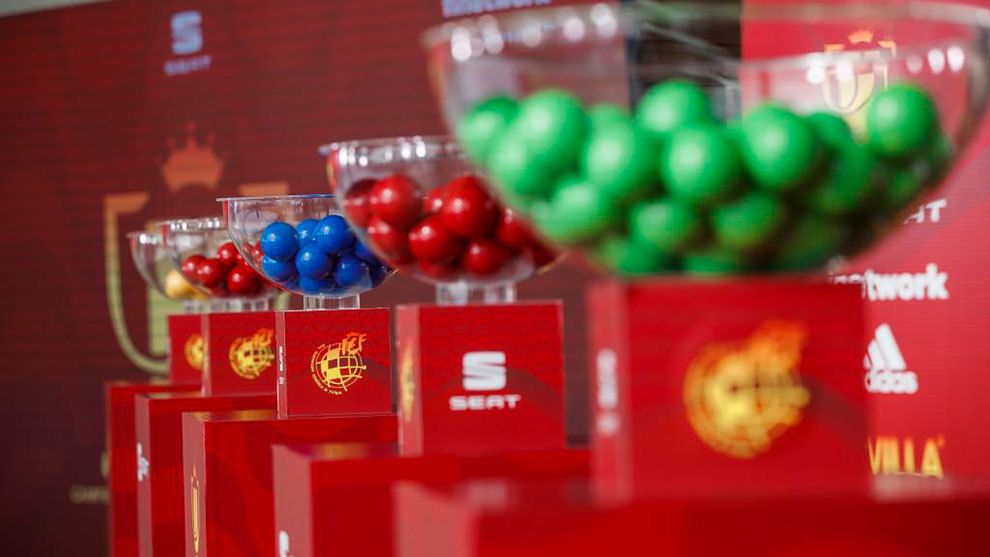 Copa del Rey third round draw: Barcelona have Catalan derby as Real Madrid and other Supercopa side enter competition

The third round draw for the Copa del Rey took place on Friday morning after the second round was completed earlier this week.

Barcelona news sees the club enter at this round of the competition and they will face Cornella, who provided the result of the second round with their elimination of Atletico Madrid.

It is a Catalan derby for the Blaugrana, with Cornella’s 1,500-capacity stadium lying just 15 metres from the home of Espanyol, the RCDE Stadium.

Barcelona away drawn to Cornella – who their B side defeated in Segunda B earlier this month, but who defeated Atletico Madrid this month. Cornella’s ground, capacity 1,500, is 15 metres (!!) from Espanyol’s stadium. pic.twitter.com/79dfeRRyGm

The draw ensured top-flight clubs were kept separate from those outside La Liga, with all Primera sides facing away matches in one-of ties.

Other highlights of the draw sees an Andalusian derby between Malaga and Granada, while Sevilla travel to Leganes and Valencia – who remain holders of the trophy from their 2019 triumph – face a trip to Alcorcon.