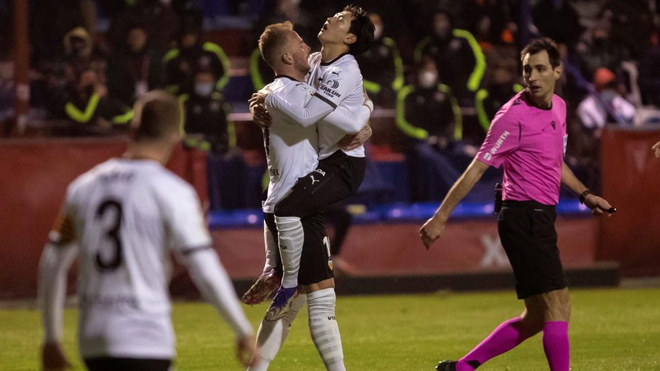 Valencia hit four goals at Segunda B side Yeclano as they advanced through to the next round of the Copa del Rey.

The hosts are yet to win a league match all season and sit bottom of their 10-team group in Spain’s regionalised third tier, so Los Che were always overwhelming favourites for the tie, which was the biggest game for Spanish football on Thursday.

However, with just one win in their last 13 league games there were some lingering nerves but those were blasted away by three first half goals from Kang-In Lee, Uros Racic and Ruben Sobrino.

Alberto Oca pulled a goal back for Yeclano in the first minute of the second half but Thierry Correia netted a four seven minutes later to finish the game as a tie.