The men might not be performing to their usual high standards this season, but Barcelona Femeni are flying.

The Blaugrana beat city rivals Espanyol 5-0 this afternoon at Camp Nou while the men prepared to face Athletic Club in the Basque Country. 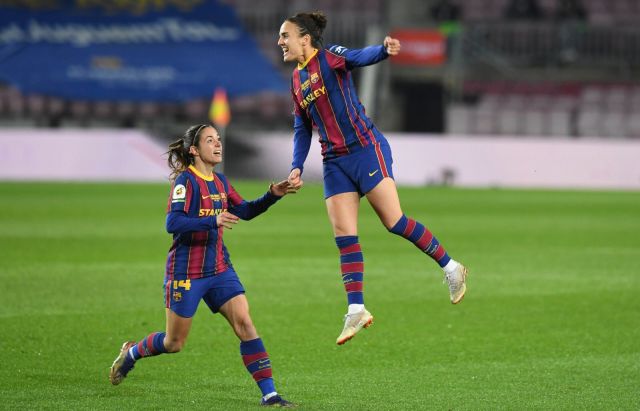 Alexia Putellas opened the scoring for the hosts in the 45th minute before Marta Torrejon doubled their advantage four minutes later.

Melanie Serrano then made it three in the 54th minute before Lieke Martens and Ana-Maria Crnogorcevic compounded the visitors’ misery inside the final 20.

The result takes Barcelona top, two points clear of Real Madrid with three games in hand. Espanyol sit 13th of the 18-team league, twenty points behind their neighbours with three games more played than them. 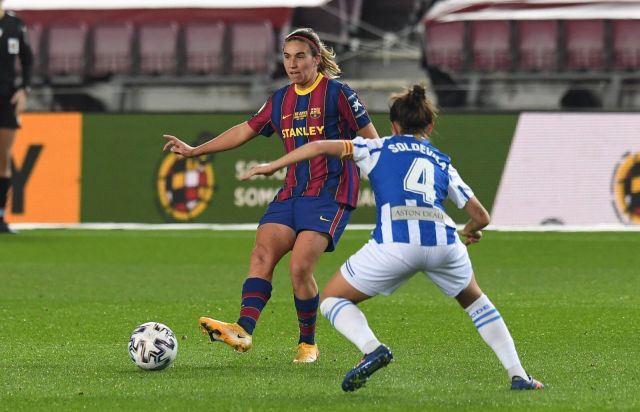 Barcelona face a trip to Madrid CFF this coming Saturday morning before a semi-final clash with Atletico Madrid in the Supercopa de Espana Femenina on Wednesday evening.

Espanyol host Sporting Huelva next before travelling to the capital to lock horns with Rayo Vallecano.

Alan Feehely
Tags Barcelona Barcelona Femeni espanyol La Liga Segunda
Related Articles
Cesc Fabregas urges Barcelona to keep Gavi after own experiences
28 May 2022, 9:31
Julen Lopetegui embarks on period of reflection ahead of decision on his Sevilla future
27 May 2022, 16:00
Jurgen Klopp reveals Thiago Alcantara is 100% fit to play in the Champions League final
27 May 2022, 15:30