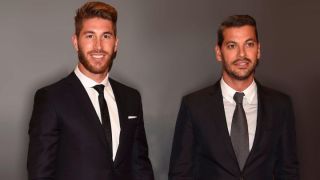 Real Madrid‘s renewal of Sergio Ramos‘ contract is continuing to be a soap opera dominating headlines according to Diario AS.

The parties, both of whom are open to dialogue, have thus far been unable to come to an agreement and the situation is entering dangerous waters. Ramos can now sign a pre-contract with whomever he chooses since January 1st given his contract with Madrid expires this summer. 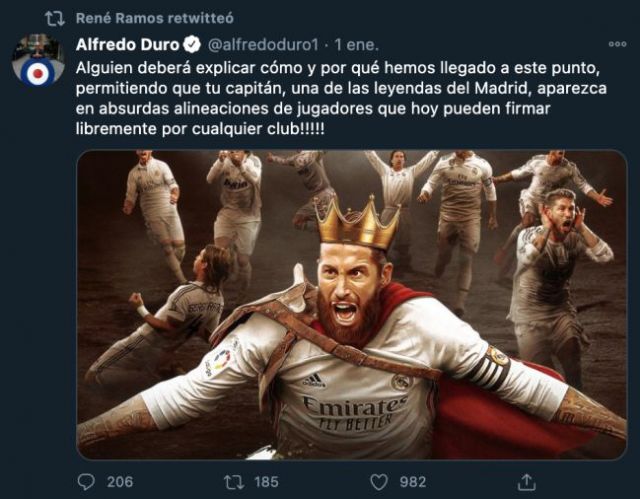 Rene Ramos, Sergio’s brother, agent and close confidant, has added even more fuel to the fire. He shared an image on Twitter crafted by journalist Alfredo Duro, criticising Los Blancos for not closing the deal with their talismanic captain.

“Someone will have to explain how and why we have reached this point, allowing your captain, a Madrid legend, to appear in absurd lineups of players who can from today freely sign with another club,” wrote Duro in the tweet shared by Rene. 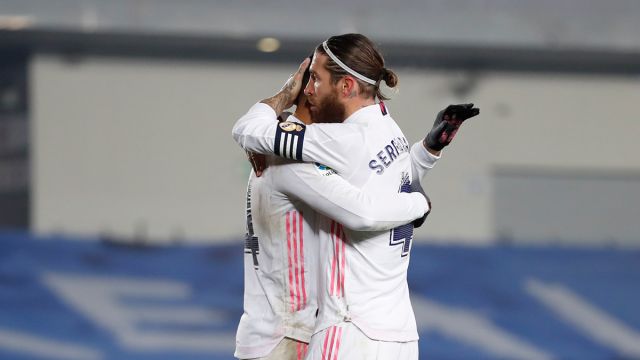 Ramos, Spain‘s most-capped defender and one of the most decorated captains in Madrid’s history, is still utterly pivotal to his team’s performances on the pitch.

The standards he sets on the field of play and in the training ground has a tangible effect on results, with Madrid’s form undergoing a noticeable change for the better when he returned after a recent injury suffered on La Roja duty.