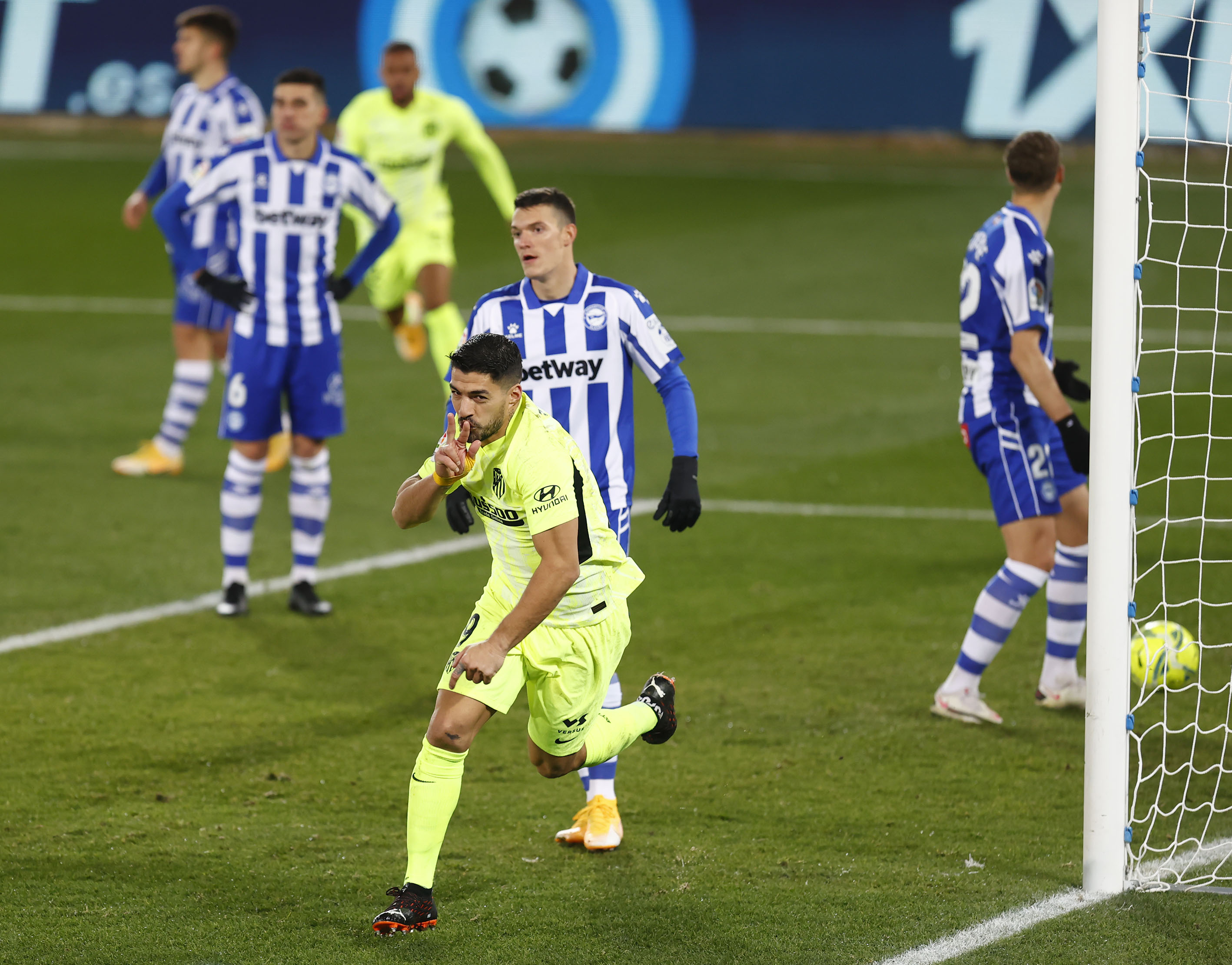 They say champions win when it hurts. Atletico Madrid are certainly beginning to master this art, winning a tough fixture at Alaves‘ Estadio Mendizorroza 2-1 after conceding an equaliser six minutes from time.

The result takes on extra significance given Real Madrid‘s comfortable 2-0 victory over high-flying Celta Vigo last night, a victory that took them above Atletico in the standings. 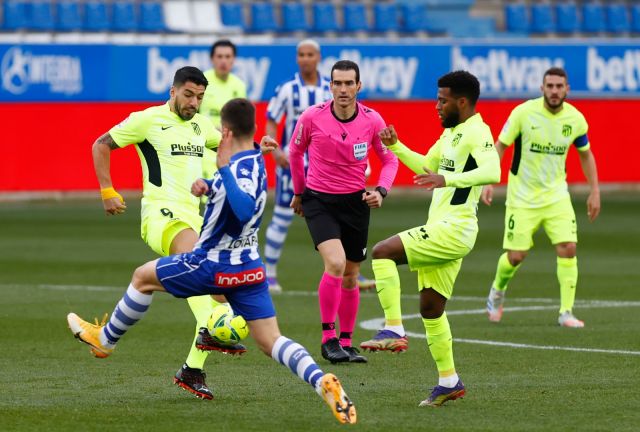 Diego Simeone‘s charges responded with strength in their assignment in the Basque Country however, to retake their place and let the world know that not only was the title race well and truly on but it was a two-headed beast. 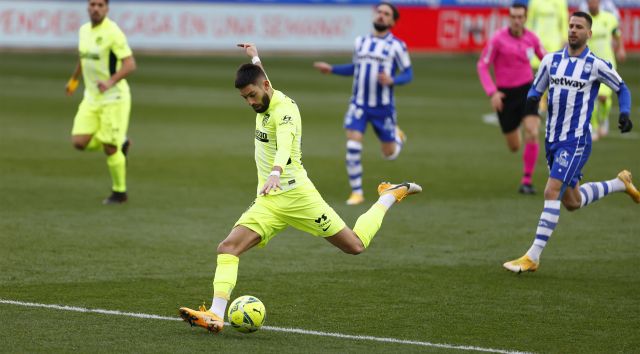 Marcos Llorente opened the scoring, assisted by Luis Suarez to mark his return to the club he spent a successful loan spell with.

Alaves were reduced to ten just after the hour mark when Victor Laguardia saw red, before a Felipe own goal drew the hosts level.

Suarez, El Pistolero himself, was on hand to save victory from the jaws of a point right at the death, putting Atletico into the lead after being teed up by Joao Felix.