Real Madrid continued their resurgence last night at Valdebebas, beating a revitalised Celta Vigo 2-0 to remain in the hunt for the league title.

The dynamic duo of Marco Asensio and Lucas Vazquez were pivotal to Los Blancos’ success, with both recording a goal and an assist for each other. Their emergence, according to Diario AS, has also applied pressure on Eden Hazard in terms of the Belgian finding a route into the Madrid starting XI.

The pair are humble, and do so much work defensively that they’re a coaches’ dream. Madrid is a winning machine, more given to the moment and the future than what a player may have done in the past. Hazard faces an uphill battle to break into Zinedine Zidane‘s ideal XI.

Vazquez has been a revelation this season. Always a favourite of Zidane, he’s played 16 games in a row as a starter. Asensio, rebuilding his confidence after his injury, has been involved in four of Madrid’s last five goals. 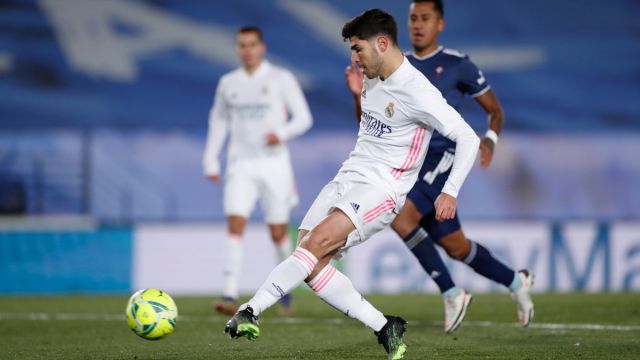 Given Hazard’s status as Madrid’s franchise player, you’d expect him to fit straight back in, but his two lesser-heralded teammates are complicating matters.

The Belgian’s value is plummeting outside of the Santiago Bernabeu. When he signed for Madrid, Transfermarkt valued him at €150m, whereas today that value sits at €60m. He’s missed 48 games since joining from Chelsea, playing just 30% of the minutes available.