Could this Mexican international be Betis’ breakout star?

Mexican international Diego Lainez was a pivotal attacking threat for Real Betis during their 1-1 draw in El Gran Derbi with Sevilla yesterday afternoon according to Marca.

Lainez has been developing well in recent weeks, but has been hampered becoming off the bench and trying to make an impact in a constrained period of time. Starting from the first whistle in the derby, the 20 year-old did the business. 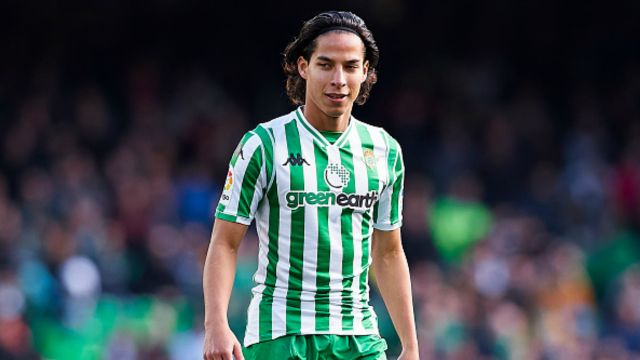 The Mexican hugged the touchline on the right wing, bringing speed, dribbling ability and verticality to cause problems for Julen Lopetegui‘s team. He connected well with Emerson, Nabil Fekir and Sergio Canales throughout.

Lainez probably wouldn’t have started were it not for Betis’ Covid-19 cases pre-match, but made the most of his opportunity and demonstrated to coach Manuel Pellegrini why he should be given more minutes.

Lainez cost Betis €14m in January 2019, and has taken his time in adapting to European football after a successful period with Mexican side America. Little by little, however, green shoots are emerging. He could be Los Verdiblancos’ breakout star this year.