Martin Odegaard was the one first-team arrival at Real Madrid this summer but he has not played a minute of first-team football since 1 December.

Odegaard’s return to Madrid following a season on loan at Real Sociedad was confirmed back in August and the Norwegian is now being integrated into the first-team squad.

Real Madrid news in the coming months is likely to be defined by Odegaard’s potential impact, but it remains unclear how regularly he will feature in the starting line-up. 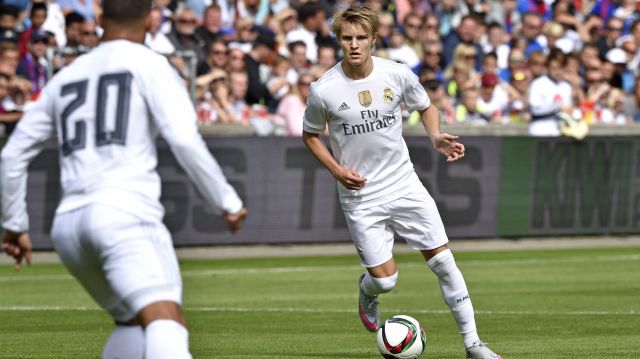 A report in Diario AS outlines how he has not played a minute of first-team football since the Champions League defeat to Shakhtar Donestk.

He was out with muscular discomfort in the games against Mönchengladbach, Atlético Madrid and Athletic Club but he has been on the bench for the full 90 minutes against Sevilla, Eibar, Granada and Elche.

Odegaard started the first two La Liga games of the season against Real Sociedad and Betis for Madrid but has suffered various muscular injuries since to derail his progress, and he now appears to have fallen from prominence.