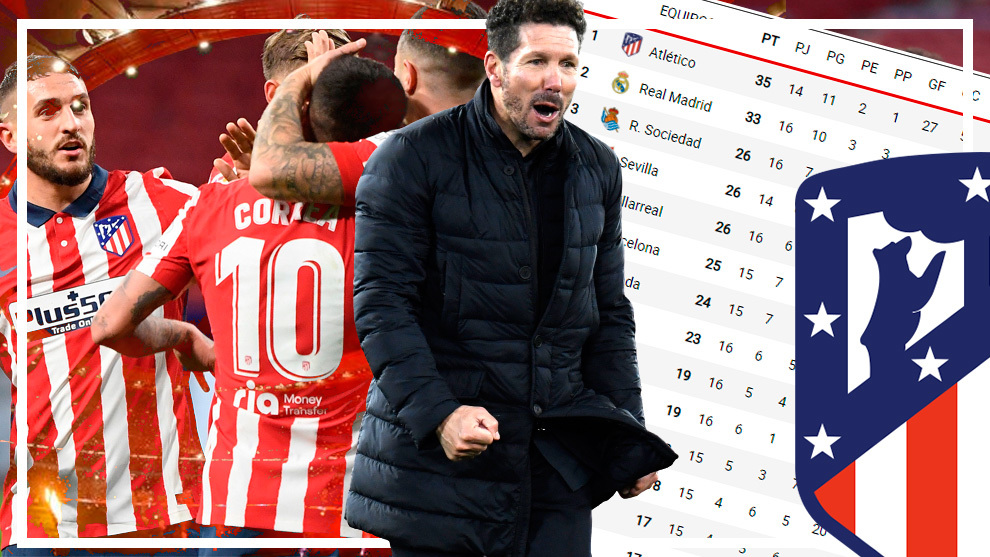 Atletico Madrid’s victory over Getafe on Wednesday night continued their incredible start in La Liga and set them clear at the top of the table.

Diego Simeone’s side are now two points clear at the top of the standings and have two games in hand over city rivals Real Madrid, who were held to a draw at Elche.

Atleti have picked up a remarkable 35 points from their opening 14 league games – with their only defeat coming against Zinedine Zidane’s side.

As outlined by Marca, this is the first time for Atleti under Simeone that they are top of the standings on New Year’s Eve.

With 11 wins, two draws and only one defeat from their opening 14 games, Los Rojiblancos are dreaming of their first title since 2014.