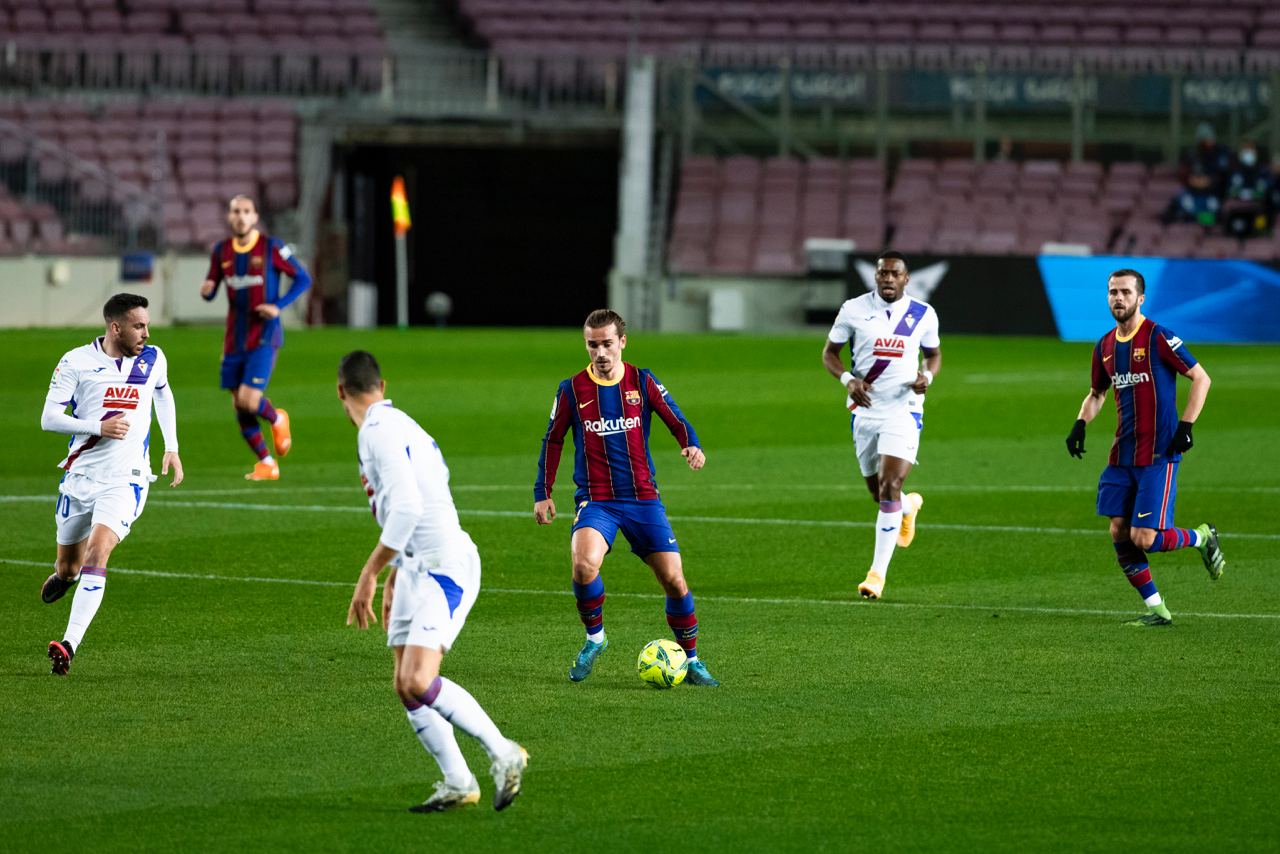 A defensive error leads to Eibar taking the lead! 😱

Kike Garcia piles on the misery for Barca 👀 pic.twitter.com/pT3Thu2pIZ