Ronald Koeman reflects on 2020: “Hopefully next year has better news on Covid and for Barcelona”

Barcelona boss Ronald Koeman has reflected on the calendar year and also offered a message of optimism going into the new year.

It has been an eventful year for Koeman, who went from managing the Netherlands to being appointed as Blaugrana boss in late August, whilst he has also experienced health problems. That was three months before the big Barcelona news that he would replace Quique Setien in the hotseat in the close season.

It has been a tough start to life at the club for Koeman, whose side have picked up just 24 points from their opening 14 league games and languish outside the top four. 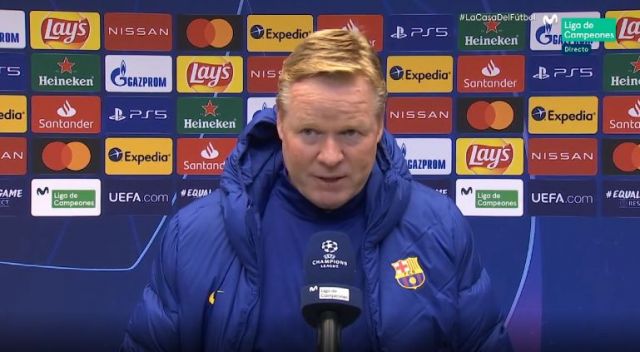 Koeman told reporters at his pre-match press conference on Monday, for the upcoming clash against Eibar, as per Marca: “It has been a contrasting year for me – at the beginning, there was a lot of calm for me in my position as a coach – that (the Netherlands job) was not comparable to being Barça coach.

“Then I had heart problems, then there was Covid…it has been very hard. But I am in a place where I wanted to be for a long time, but it is a complicated place. It all depends on the result and the team.

“Hopefully next year has better news on Covid and for Barcelona.”